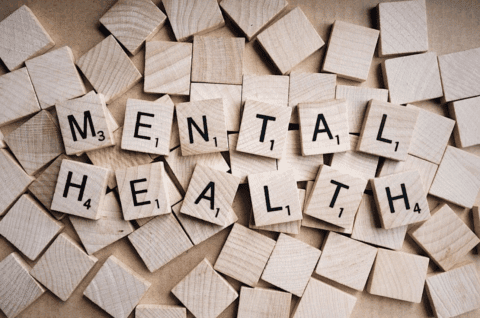 For this tech project, that has spanned from the months of March to May, my ultimate goal has been to increase awareness about mental health and mental illness within our society. I began my WordPress blog Psychologically Strong with the philosophy that the stigmas surrounding mental health and mental illness perpetuate because of a fundamental ignorance or lack of understanding of the issue- something I aimed to fix with my mostly educational blog posts. All in all, I think that this project has been successful. I may not have gotten thousands of views or likes, but I got a good amount- a good start. In my book, any view is a success, because if even one person a day is educated about mental health and illness, we are headed towards a more compassionate and supportive society.

As declared in the introduction, this project was, on the whole, a success. In total, the posts on my blog have been viewed 71 times, which is a pretty good figure. To be more specific, the post on my blog that attracted the most views was the post “Words are Powerful”, which addressed the common, inaccurate, and insensitive phrases that people with mental illness/mental health issues face every day. This post was viewed shortly after its posting, in March of 2019, and it is without a doubt that the content of this post is what made it so popular. Not only did this post connect a lot with readers because it addressed an issue that evoked strong emotion, but it was also successful due to the fact that this is a common issue and a lot of people talk about it, thus it was content that others could relate to.

To add on, in a more general sense, something else that made my blog (and this entire project) really successful was my Instagram posting and promotion. After every post on my blog, I would typically post on Instagram, alerting my followers that new content was up, and giving them a literal snapshot of what that content was. I attribute this social media presence to my blog’s success because there is a direct correlation between my promotion of the cause and the cause’s success (in terms of views and likes). For example, (as mentioned previously), my blog’s most successful post was “Words are Powerful”- a post that was promoted on Instagram.

Contrastingly, my petition that I wrote for this cause only got two signatures (meaning it was unsuccessful), undoubtedly owing to the fact that I had barely promoted it- only once on my blog and once on Instagram. Clearly, as content promotion increases, success (in terms of views) also increases, thus making my project, on the whole, very successful (as previously declared).

For more information, check out my WordPress blog Psychologically Strong:

Adventures in Activism by Junia is licensed under a Creative Commons Attribution-ShareAlike 4.0 International License.