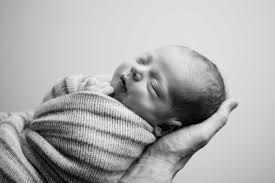 The ruling of abortion being a constitutional right should be looked over again with the consideration of the consequences of the last ruling in mind. The Number of Abortions, Abortion Counters, a real time counter based on the most current statistics, website tells us the number of abortions performed since the Roe vs Wade ruling, which has hit 61,287,395.4 since 5/14/2019 8:35  AM, still going up every four seconds by 0.1 abortions (Number of Abortions in US). If we take this into perspective, America’s bloodiest war was the Civil War, and according to the American Battlefield Trust on an article about the Civil War estimate that we lost around 620,000 men. This statistic is not only including those killed in combat but also those wounded, captured, and missing (Civil War Casualties, 2019). Comparing with the number of abortions since Roe vs Wade we see that our bloodiest war’s casualty count only accounts for 1.01% of the total abortions since 1973. Our bloodiest war in American history cannot come close to being compared with the amount of abortions we have performed, all the children’s lives we have ended. To add to this, we will look at the total world casualties of WWII. The OER Services’ History of Western Civilization II gave the number of an estimated 75 million civilian and military casualties of the entire war (McLean). Comparing this statistic with the abortions performed we see that the abortions since 1973 is about 82% of the entire world’s estimated casualties of the second world war. Our abortion’s that our country has committed since they were legalized are closing in on the amount of casualties in WWII, showing us just how deadly abortion truly is.

Unborn children are not the only ones that are being harmed by this, mothers too are being killed by the process of abortion. On the United States Facts against abortion states, “Between 1973-2014, 437 women died due to abortion complications (CDC). The number of deaths attributable to legal induced abortion was highest before the 1980s (CDC). In 1972 (the year before abortion was federally legalized), a total of 24 women died from causes known to be associated with legal abortions, and 39 died as a result of known illegal abortions (CDC)” (The Case Against Abortion , 2019). This tells us that even though argued, abortions are not helping the rate of mothers who are being killed by the process, the year it was legalized only by 15 less deaths. According to the U.S. National Library of Medicine, “Some 68,000 women die of unsafe abortion annually, making it one of the leading causes of maternal mortality (13%). Of the women who survive unsafe abortion, 5 million will suffer long-term health complications” (Haddad, 2009). This is one of the most current statistics and we are seeing that the mortality rate of a mother who gets an abortion is higher than it should, and that those who do survive the unsafe abortion are even suffering long-term health problems. This is proving that abortions are not safe, even when legalized because we are still seeing a mortality rate and health problems for women who get unsafe, legal abortions worldwide.

The biggest thing is that the 14th amendment ensures the protection of life, making the killing of unborn children illegal according to the United States Constitution. “U.S. Constitution, Bill of Rights, 14th Amendment, Section 1: All persons born or naturalized in the United States and subject to the jurisdiction thereof, are citizens of the United States and of the State wherein they reside. No State shall make or enforce any law which shall abridge the privileges or immunities of citizens of the United States; nor shall any State deprive any person of life, liberty, or property, without due process of law; nor deny to any person within its jurisdiction the equal protection of the laws” (Lll Staff, 2018). It says that those born or naturalized in the United States are protected by these laws, but what about those who are going to be born but are then murdered? In Roe vs Wade they didn’t see it this way and don’t believe rights should be given to the unborn; but what gives us the right to take away the rights of those who can’t fight back.

The pro-choice side of this topic will argue that the fetus within the womb is not yet a child, therefore it is not murder. It is simply terminating a pregnancy. They believe they have the right to terminate unwanted pregnancies. Life News interviews a college student asking,

“‘Okay. Do you believe that a baby who is born alive during an abortion at Planned Parenthood should get care?’ Hawkins followed up.

The student replied, ‘No.’

‘So, do you think it’s a baby?’ Hawkins asked, referencing a viable child born alive and breathing following a botched abortion attempt.

This shows just one voice from the pro-choice side, but it is one of the biggest reasons they argue for abortions, stating that the fetus is not a child.

These statements, however, can be argued with scientific research done by Charlotte Lozier Institute,

“The scientific basis for distinguishing one cell type from another rests on two criteria:  differences in what something is made of (its molecular composition) and differences in how the cell behaves.  These two criteria are universally agreed upon and employed throughout the scientific enterprise. They are not “religious” beliefs or matters of personal opinion.  They are objective, verifiable scientific criteria that determine precisely when a new cell type is formed.”

The Charlotte Lozier Institute began the scientific research in order to find out, scientifically, when a child is actually alive based on prior and current scientific knowledge. When they approached this investigation they made sure that it was completely unbiased, wanting to find the scientific answer to this question. They continue the investigation, looking into the beginning of it all at conception,

“Based on these criteria, the joining (or fusion) of sperm and egg clearly produces a new cell type, the zygote or one-cell embryo.  Cell fusion is a well studied and very rapid event, occurring in less than a second. Because the zygote arises from the fusion of two different cells, it contains all the components of both sperm and egg, and therefore this new cell has a unique molecular composition that is distinct from either gamete.  Thus the zygote that comes into existence at the moment of sperm-egg fusion meets the first scientific criterion for being a new cell type: its molecular make-up is clearly different from that of the cells that gave rise to it.”

Examining the cell shows that it has a “unique molecular composition” making it much more different and complex than other cells. Looking further into this study, the scientists will determine if it is in fact distinguished as a human or not. The research continues stating,

“Just as science distinguishes between different types of cells, it also makes clear distinctions between cells and organisms. Both cells and organisms are alive, yet organisms exhibit unique characteristics that can reliably distinguish them from mere cells.[2] The conclusion that human life begins at sperm-egg fusion is uncontested, objective, based on the universally accepted scientific method of distinguishing different cell types from each other and on ample scientific evidence (thousands of independent, peer-reviewed publications). Moreover, it is entirely independent of any specific ethical, moral, political, or religious view of human life or of human embryos.”

In the end the study found that conception is when life begins, it is “uncontested, objective, based on the universally accepted scientific method” making sure that they did all of this investigation with no prior-bias to the topic. They make a final clarification and statement on what they found in their research commenting,

“A neutral examination of the evidence merely establishes the onset of a new human life at a scientifically well-defined “moment of conception,” a conclusion that unequivocally indicates that human embryos from the one-cell stage forward are indeed living individuals of the human species; i.e., human beings” (A Scientific Review of When Life Begins).

This is all important because doing scientific research in whether it is in fact a child with no bias or standpoint beforehand, they prove that the life begins at conception; and that it is in fact a human child. With proving it to being a child we can look into what qualifies as murder according to Cornell Law,

Murder is the unlawful killing of a human being with malice aforethought. Every murder perpetrated by poison, lying in wait, or any other kind of willful, deliberate, malicious, and premeditated killing; or committed in the perpetration of, or attempt to perpetrate, any arson, escape, murder, kidnapping, treason, espionage, sabotage, aggravated sexual abuse or sexual abuse, child abuse, burglary, or robbery; or perpetrated as part of a pattern or practice of assault or torture against a child or children; or perpetrated from a premeditated design unlawfully and maliciously to effect the death of any human being other than him who is killed, is murder in the first degree.

Any other murder is murder in the second degree.

the term “assault” has the same meaning as given that term in section 113;

under the perpetrator’s care or control; or

at least six years younger than the perpetrator;

It tells us what a child is defined by and what murder and child abuse is stated within our own laws. Proving that the murder of a child is against the law.

Science finds that life begins when the child is conceived, that it is a living and breathing human; even though it can’t live on it’s own it is still a child. Abortion is murder, we’ve seen a lot of it since the Roe vs Wade ruling and the numbers are only rising. Those who are against abortion have the evidence, and only need the government to see it the way they do in order to stop abortions, and the genocide of the unborn.