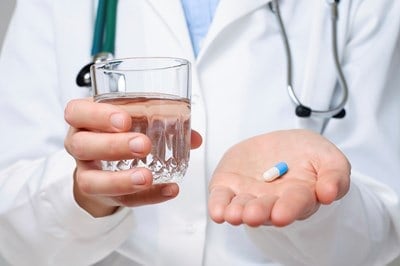 Euthanasia should be legalized in the states but stronger safeguards and restrictions need to be put in place. Terminally ill patients with 6 months or less to live utilize the right to access the option to die. In the article ‘Assisted Suicide Is Always Wrong’ written by Stefan Wermuth states “Doctors may help their patients to die a dignified death from natural causes, but they should not kill their patients or help them to kill themselves” (Wermuth). The current laws placed conflict with how it’s being enforced. If the laws as written were being enforced, over a hundred people would have been prosecuted for accompanying their loved ones abroad to help them end their lives. This ambiguity and uncertainty leaves all concerned, including physicians, unprotected. An article written by Cody Jones, he states, “The number of people who request it is low. In 2014, 155 terminally ill patients in Oregon made a request and 105 of those patients used it. And in 2015, there were 218 requests and 132 uses” (Jones). Our concerns relating to abuses and protection of the vulnerable can be addressed by ensuring that certain objective safeguard conditions are met prior to allowing a terminally ill individual from exercising his or her right to die with dignity.

Dr. Kailash Chand states in his article, “To allow people who are terminally ill but ‘mentally competent’ the choice of an assisted death. The law should not criminalize people who accompany those who make rational decisions to end their suffering” (Chand). Some medical conditions are simply so painful and unnecessarily prolonged that the capability of the medical profession to alleviate suffering by means of palliative care is surpassed.

An article written by Anton van Niekerk states, “Enormous pressure is placed upon both families and the healthcare system to spend time and very costly resources on patients that have little or no chance of recovery and are irrevocably destined to die” (Niekerk). Compassion for the sick doesn’t justify killing them than compassion for the poor justifies robbing banks to redistribute wealth. True compassion respects the equality in dignity of all patients and seeks to alleviate their suffering in ways that respect their dignity and where suffering can’t be further alleviated, to show solidarity with them by standing by them and furnishing what support we can.

Chand also states, “It must also build in safeguards to its laws that not only rectify the inadequacies of the current situations but also protect the vulnerable weak and all those doctors and nurses included – who are involved in this incredibly difficult situation” (Chand). We have the right to live our lives and determine our own course. Naturally it follows that the same self determining capacity we have as human beings also gives us the fundamental right to determine how we die. Jones states, “The patient must be deemed mentally competent and have a prognosis of six months or less to live. The process is filled with safeguards and checks to ensure the patient is making an informed decision” (Jones). It is also important to consider that the right to live and the right to die are two separate, although related rights. They are also mutually exclusive in the sense that the right to live concerns itself only with self determined life and ends with the right to die. The right to die on the other hand begins where life ends in death.

Assisted suicide should be legalized nationwide. More states should work to adopt these policies and attempt to improve any weaknesses or flaws that are found. No one should be refused the right to die in a humane and controlled way if they are suffering from an incurable disease or illness. No family, friend or otherwise should be forced to watch a loved one in anguish simply because they cannot legally or safely choose to end their own life. Stronger safeguards need to be put in place that’s so there is no issue or concern. Safeguards need to require the protection of nurses and doctors involved in the matter.

Niekerk, A. V. (2016, October 25). We have a right to die with dignity. The medical profession has a duty to assist. Retrieved April 4, 2019, from theconversation.com/we-have-a-right-to-die-with-dignity-the-medical-profession-has-a-duty-to-assist-67574