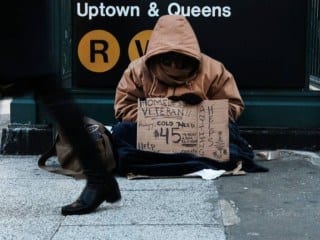 Homeless and their opinions on homeless shelters

Homelessness in America, specifically New York City, is a big problem. The issue has increased over the decade and continues to increase. Why is this? People become homeless for many unfortunate reasons which includes, having a mental illness and unable to keep a home, LGBTQ teens being kicked out of their households, not being able to pay the increasing rent, etc. As a result, people would need to sleep out in the streets. But aren’t there homeless shelters? Yes, there are many shelters spread throughout the city. Why are there still homeless out on the street? I asked myself this question and decided to do some research on it and base my presentation on it.