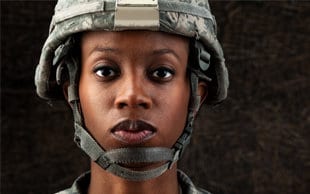 What I know is that the military, specifically the army, is that it is very strict. For instance, at certain times a person who is enlisted in the army must do things and also play by the rules. Army people have to wake up on time and be ready to go at a certain time if not, there are very serious consequences. The army requires a lot of discipline. I am really interested in how the military builds leaders. I hope that the military teaches me to be a more patient person, remain calmer, and help me get through the day.

“The military attracts certain personality types in the first place, including people who tend to be lower in agreeableness, as well as generally less anxious and less open to new experiences (in other words, people who like rules). But in controlling for these self-selection biases, the researchers still found that military service leaves a lasting impression on the personalities of people in a way that few other experiences do.”