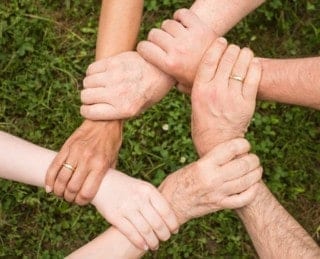 My project  was about school bullying. The action we did over our days of action was paint a mural in our school wall. We felt like painting a mural in the school wall is a big action because it shows students that we care about the issue about bullying and some people may have been bullied and they will know that there’s people in the school that can help them out. By allowing the school to have a painting it brings more awareness to people so they have more empathy for people. All these action shows me being and becoming a upstander. For me being an upstander means people being more aware about an issue and learning more about it and actually making a change even if it small it could then become a bigger issue to others and that’s what really matters. While being an upstander I learned many things about myself. What I learned is that if im passionate and care about the issue I put effort into it, and I felt like bullying was a big issue to address because it mostly happens in every school and some teachers might not be aware but it happens. As an upstander I learned that there is many different techniques you can use to get your community to care about your issue. For example when my school had the day of solidarity I was more aware about others people’s feeling and I feel like it was a very big change because there might be other students that feel the same and have been woke. I feel like other schools should do the same thing and learn more about other people struggles because I feel like it will bring more awareness and people will get the opportunity to speak up for what they believe in. Some next steps I want to take as an upstander is see what other issues i’m really passionate about. I would also like to do different actions to see how effective they can be in our community and get people to know more about issues they usually don’t talk about. Some advice I would want to give someone who wants to be an upstander is to stand up for a topic that your passionate about because you can see what kind of change or action you want to make. You can get the community aware about your issue in many different ways. Creating a change may seem difficult but even the smallest change is still something it may take time to make everyone get aware but if you care about your issue it will seem like a change to you.