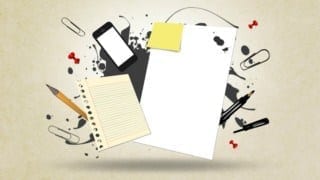 My project was about diabetes and the costs of the medication. Diabetes is a broad topic and there’s a lot to it, and we tried to mention a lot of it such as Type 1 diabetes, Type 2 diabetes, what you can do to prevent diabetes, how one gets diabetes and what puts them at risk and the root causes.

Being an upstander means doing some sort of action to support a certain cause. My definition is still the same, but I got to experience what it’s like to actually be an upstander for a cause. Before this project, I never really stood for anything and I think after this I might start.

I don’t know, but I went through a lot of stress during this project because it was the same time as Driscoll’s project. I guess I learned that I need to be more organized and sometimes I just need to put everything aside and focus on my work.

I learned how difficult it is to create a big impact. I know to have certain expectations when I’m being an upstander and I know there’s probably a limit to how much of an impact I can make over a certain span of time.

You may not create enough change to be completely successful, but you still make an impact, specifically towards the community (possibly on campus). During my project, I did not solve anything in the outside world but I did raise awareness for the people on our campus. I care about these people, so I feel like educating them was still an important impact.