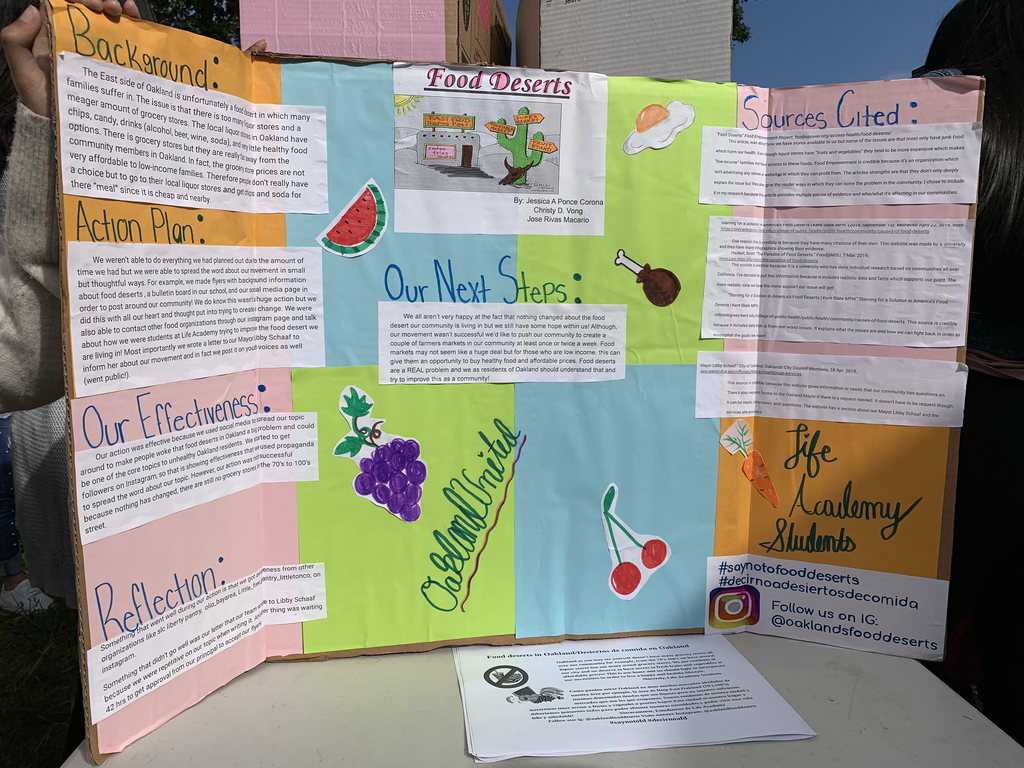 My project was about food deserts and taking action can be sort of difficult. As young people of Oakland we realized that taking action sometimes wont come out the way you expected. When writing a letter to our Mayor Libby Schaaf, me and my teammate wrote two different sections but said similar things, which made our letter sound repetitive. Our letter was also disorganized because our process on helping our community was in different sections. We didn’t want to send a disorganized letter, especially considering that our letter was 25 pages long. Although we didn’t send our letter to her, we learned that it’s really important to re-read the letter together out loud as a team. We also should’ve considered that Libby Schaaf is a busy person, so reading a 25 page letter wouldn’t be a good idea.

What I learned about myself in this project is that I have improved my presentation skills. I have learned to have confidence in myself when speaking because when I don’t have confidence I forget my lines. Something I did to help with this is practicing 3 days earlier and in those three days you practice and practice. When practicing add some words and phrases to make what you are saying stronger. Also when presenting take breaths. As a freshman student it’s important to re-read paragraphs especially in team paragraphs. Re-read it outloud, it makes a big difference and very easy to spot the spelling errors.

As an upstander taking action for my community, planning out what I was are doing for a action is really important. Also asking for help and having supporters supporting me is really helpful as well. I re-read my lines to my teammates and they gave me feedback on what I could put in so it would sound better.

Some steps I would take further is encouraging my community to create some food stands like fruits or veggies, and as well as farmers markets. Maybe having farmers markets on Wednesdays, so letting people know about what is happening and when. Having these would benefit the community because the community gets healthy food and then the person selling gets money. The farmers market would have fruits and veggies as a low price. As a substitute for meat having beans or other protein rich foods.

Some advice I have for other student upstanders is always have support and evidence. If someone doesn’t agree with your topic, instead of saying something mean, educate them, use evidence, and ask them questions on why they don’t agree.