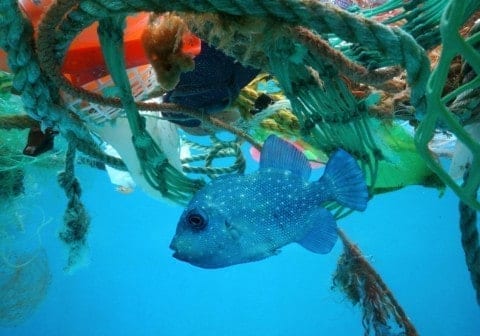 We are writing to you today because you have been throwing an absurd amount of plastic packaging into our oceans which is really damaging our oceanic ecosystems. The companies that produce plastic for your products keep making more and more and even if you know that all that plastic would be going in the ocean, you don’t do anything about it.

Our issue with your business model is that your products use one-time use plastics for their packaging which get thrown away by the general public which can lead to the ocean getting massive amounts plastic in it since so many people use your products. Because of all the plastic packaging being in an ecosystem, every animal in the ocean can be affected because of how the ocean’s currents move the trash all around the globe. With all the trash in the water, the animals there can be affected negatively which not only affects the predators there, but also people because we eat the animals in ocean. Dr Abigail Entwistle from Fauna & Flora International has seen how the trash we throw out into the ocean affects the organisms. Dr Entwistle stated, “Seabirds, marine mammals and sea turtles can accidently eat or become entangled in plastic debris, with devastating consequences” (Entwistle). Communities that have aquatic animals in their day to day lives will have a harder time because of how plastic can affect the organism or kill it entirely like choking to death. If the producers or herbivores died, the carnivores would starve and if the carnovoirs died, there would be a surplus of herbivores that would shorten the amount of producers and all because of your plastic Nestle. You may not know it Nestle, but you benefit from all this because you don’t have to take the time to use reusable plastic or biodegradable plastic. Your acts are all institutional oppression to the fish-based communities because they can have less food to consume or mess with the market for aquatic life. Moreover, shell based organisms like coral and mollusks get hurt immensely from acidity. Melissa Denchak says how burning fossil fuels makes oceans more acidic. Denchak  While our allies can include communities of people wanting cleaner oceans, your allies are little to none.

In order to make a change and clean our oceans, it would be beneficial to observe other past actions done to complete our same goal. By doing this we can get a better idea of what we can do to make the Ocean clean of  plastic and other single use material.

To start, Peru is making changes that go against the production of single use materials such as plastic. This plan is written in the article “A Running List of Action on Plastic Pollution” by  Brian Clark Howard, Sarah Gibbens, Elaina Zachos, and Laura Parker. The article reads, “Visitors will no longer be allowed to carry in single-use plastics into Peru’s 76 natural and cultural protected areas, from Machu Picchu to Manu to Huascarán, or national museums” This action in itself shows that ocean pollution caused by single use plastics is a hugely serious issue seeing as how leaders of countries are making political changes to better the situation of the pollution. And to counter any claim that the reason of this change being due to the goal of spending less money or anything selfish like that, later in the article the actual goal of this change is stated. The article states, “The decree says the goal is replacing single-use plastics with ‘reusable, biodegradable plastic or others whose degradation does not generate contamination by micro-plastics or dangerous substances’” (Howard, Gibbens, Zachos, and Parker). As you can see Nestle, the main focus of this change is to switch to more widely using “reusable biodegradable plastic”, in order to create less pollution made by microplastics from single use plastics. These leaders used political organizing to come together and realised what would be best in the law to better the environment. The fact that this positive change was made into a law is important to observe because it shows that there are ways to encourage and enforce the stop of using single use plastic and that making this change isn’t far fetched. Hopefully this action can inspire you to make company changes that improve our Oceans health. Furthermore, another example to look at for the bettering of Ocean pollution is a petition that is made to get support from those who wish to see the end of Ocean pollution. It’s called the “End Plastic Pollution Petition” from the Earth Day Network. An excerpt from the petition reads, “Tell our global leaders that the world can’t take much more plastic. If enough of us get behind a global ban on single use plastics, we can begin to heal our oceans, our wildlife, and our children” (Earth Day Network). This petition takes advantage of the tactic of social change, political organizing. This tactic is done by the network organizing the thoughts and support of the community and making a big change as a result of the organization. The reason this petition for change is important to observe is because the fact that there are people that are supporting the end of plastic pollution shows that if you were to make a change to your use of single use plastic, there would be plenty of support for the change and it will put a positive mark on your reputation.  It would be nice to know that a big company actually wants to make a positive change instead of just being focussed on popularity and money. Try to take these action into consideration and use them to make some changes of your own.

Looking at these examples of social change, we’d like to focus on cutting down on single use plastics. We’ve chosen to commit this change within our community. Our plan is to Make a petition to have our school design and give out reusable water bottles to students during registration for school. This will help students have a way to refill their bottle to hydrate themselves each day without using single use plastic and throwing it away each day for school. We’ll put this into motion by sending an email to our principal and vice principal explaining the students want for these reusable water bottles. This is a good plan because we’re using community organizing, political organizing, and direct service to prevent pollution. These bottles will also be perfect includement to our school since students can refill their bottle with the new filtered water dispenser our school has had installed. With that, we can make a positive change to our Ocean along with making a more convenient alternative for the students in our community.

This is a picture of  possible designs for the reusable water bottles:

Thank you so much for listening to me Daniel Rodriguez, Joseph Thornton, and Diego Casillas.

This article explains how our oceans are becoming more and more acidic because of air pollution and polluting the ocean itself. This is a credible source because Melissa Denchark is a freelance writer and editor who has written many stories on Climate change and environmental science.

This petition to prevent Ocean Pollution that explains why the change needs to happen. The petition explains the enormous amount of plastic that is dumped into the Ocean each year, informing the reader about the intensity of plastic pollution so they can support the petition. This is credible because Earth Day Network’s mission is to diversify, educate and activate the environmental movement worldwide. This shows they are truly working toward a beneficial and non selfish goal for the Earth.

“Fauna & Flora International’s Director of Science, Dr Abigail Entwistle, discusses the consequences of our global addiction to throwaway plastic.” The article describes how plastic in the Ocean can mess up the natural cycle and system of Ocean life. This source is credible because Dr Abigail Entwistle is a Director of Conservation Science, showing she’s a professional in this field of science.

This article is about how Nestle has so much of their plastic packaging in our oceans and how people are getting angry at them since their trash is increasingly going into the ocean per year. This is a credible source because Greenpeace have been doing actions against Nestle like sending a plastic monster to their headquarters. Also the domain of their website is a .org.

This article is about list of actions that are being made around the world to stop ocean pollution. This article helped me show the efforts being made for the sake of a cleaner Ocean. This is credible because Brian Clark Howard covers environment, science, tech, and other topics, and is active in social media.