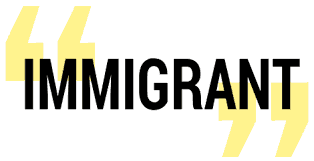 The issue that is happening that impacts immigrants is racism and children separation in the border. These are some important issues that impact immigrants so much and affects their lives in a negative way. To begin, the racism that immigrants receive can impact them negatively because it creates hatred and brings more racism towards the immigrant community. This is true when president Donald Trump told on live TV many racist and untruthful things about Mexican immigrants. TIME says, “Donald Trump kicked off his presidential bid more than a year ago with harsh words for Mexico. “They are not our friend, believe me,” he said, before disparaging Mexican immigrants: “They’re bringing drugs. They’re bringing crime. They’re rapists. And some, I assume, are good people”(TIME). These accusations that president Donald Trump has said are totally untrue about the Mexican immigrant community. This issue impacts the immigrant community poorly because it creates hatred and fear towards the immigrant community because everyone assumes that immigrants are rapists and that they bring drugs. But, these are stereotypes that harm the immigrant community and can lead to hatred and racism towards them. This influences many people that Mexican immigrants should be blamed for drug and crime in the U.S, similar to Vincent Chin who was a Chinese-American who was brutally murdered for being falsely accused of being Japanese , at the time Japanese people were blamed for stealing jobs in the automobile industry in Michigan. Also since Donald Trump is a person that has a lot of power and people listen to what he has to say and follow what he does and says to the world. What he said in this broadcast can influence other people to assume that every immigrant is a person who does bad things and creates racism for immigrants and this can lead to oppression towards the immigrant community. Another issue that the immigrant community faces is children separation in borders. Since you are the leaders of ICE we believe that this issue can important and can be changed or thought of because of you leaders. Some evidence that I have found about this is from a news source named, “The New York Times” which is a newspaper that gives out evidence to the U.S. The article says, “The federal government has reported that nearly 3,000 children were forcibly separated from their parents under last year’s “zero tolerance” immigration policy, under which nearly all adults entering the country illegally were prosecuted, and any children accompanying them were put into shelters or foster care”(Miriam Jordan). What this shows is how immigrant families are forcibly being separated in the U.S borders. This affects immigrant parents because they are being separated from their children creating worry to those parents in the U.S border. This impacts children too because children without their parents and being alone can create trauma for them and impact their future.

In the past, many groups have fought for immigrants in order for them to be treated the same. One thing that people have done is strikes to go against anti-immigrant policies. This strike was  was called #DayWithoutImmigrants, where immigrants all around the U.S didn’t go to work to protest against the anti-immigration policies that were said from president Donald Trump. The article said, “Thousands of Latino immigrants, activists, workers and allies took to the streets on Monday to join in on the national “Day Without Immigrants” strike. People in more than 40 cities across the country marched and protested in what organizers said is a response to President Donald Trump’s anti-immigration policies”(NBC News). This strike showed people the impact that immigrants have in this country and how important immigrants are when it comes to working in the U.S. Many stores were forced to shut down that day and many other businesses too and this gave a strong message to those anti-immigration people living in the U.S. We believe that this strike was successful in spreading awareness about latino immigrants and how they are treated in the U.S. Additionally, another was people have been upstanders for immigrants is the Latino Immigrant March. This march were lead by immigrant upstanders in which they were marching to bring awareness about reuniting families that have been separated at the U.S border. The article states, “Activists organized a nationwide protest on June 30 to demand the Trump administration reunite families, and end family separation and detention at the border”(Vox). This article is showing how people are being upstanders towards separation in U.S borders which caused major awareness throughout the United States. This march impacted any people in a big way and brought many families together to fight for something that was affecting them and others that they know. I think that this march was very successful in bringing awareness to people and impacting them emotionally to be upstanders.

Our plan is to design t-shirts we can wear to events to represent immigrants who are afraid of today’s society and the oppression that they face today. We will try and get these t-shirts before May ends to wear to upcoming events.  Also we are going to be posting #’s on social media to spread the word and to be upstanders for immigrants living in fear in our country. We think our plan will be successful in spreading awareness about our topic and make people realize that immigrants are being really oppressed in this country. This does not mean that we will stop here we will continue to be upstanders for immigrants considering we have parents who are ones and this topic is something that impacts us in a big way. This connects to our two issues because we are standing up against racism towards latino immigrants by creating t-shirts that will bring awareness for latino immigrants and also separation on families at borders because we will include in our t-shirts the #NoBorders.

This is the ICE page that talks about the leadership and who are the people who are most in power in ICE. This source is reliable because it is from a government website which has to give truthful information. This information that is given to the public should be very truthful in order for other sites to repot on it.

This article is about the separation of families in the U.S border and how this affects immigrant families and the number of children being separated from their families. I chose this evidence because I wanted to include the impact that separation of families in borders have on immigrants in the U.S. This source is credible because it was made in 2019 and also it is from a news source that is very popular in the U.S.

This is an article that talks about the immigrant march that happened in order to raise awareness about family separations in borders. This march brought many families to fight for something that impacted them so much. This source is credible because it is from a reliable news source that gives truthful information to the public.

“Thousands Protest on May Day for ‘Day Without Immigrants’.” NBCNews.com, NBCUniversal News Group,

This article is about how latino immigrants went on strike against the anti-immigration policies that Donald Trump has said. Latino immigrants all over the U.S were on strike and made a great impact on the U.S. This source is credible because this was very recent and itis from a reliable news source that gives out information to the public.