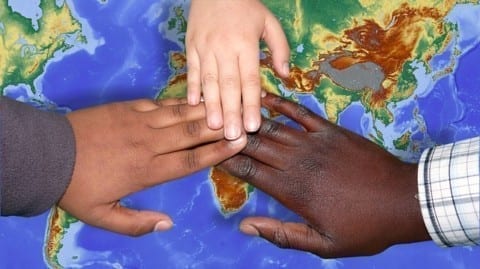 The most important value when thinking about the American Creed is equal opportunity. According to the Cambridge Dictionary, equal opportunity is defined as “the principle of treating all people the same, and not being influenced by a person’s sex, race, religion”. This is crucial for a person’s success in American. Being able to take the steps necessary to achieve goals without any setbacks due to their specific race or religion or sex is a right that every American should be granted. Unfortunately, there is a problem with equal opportunity in America which is shown throughout all the states. Right now, my service organization is trying to put on an event for children to participate in to learn more about STEM engineering. In order to be able to put on this event, there will be an entrance fee to join. There also has to be transportation for the child. My organization does not have enough money to cover these expenses for the children. With that being said, some children don’t have a ride to an extracurricular activity after school. Some children’s family can’t afford to waste a penny on an extracurricular activity. Although my organization is trying to do a good thing by providing education about STEM to children (which there is a lack of education of), there is not equal opportunity for all children to come and participate and learn. Hopefully, my organization can one day be financially stable to be able to put on the event and cover all the children wanting to participate.

When it comes to equal opportunity and not being judged by your race, religion, or sex, authenticity is a closely related subject. Being able to be your true self, who you really are, bring “unapologetically you” are all something every American deserves. An American’s authenticity can bring so much to society. It can bring newfound knowledge to a community, a new perspective, support for others and their authenticity. Everyone is entailed to acceptance. Especially in a schooling perspective, allowing a student to be themselves can help in their education. Knowing off of my personal experiences, I could learn best when I was able to be myself and not be judged. I could put my personal twist on projects and presentations. It made school more of an open and accepting place. America, land of the free, free to be authentic.

Democracy is crucial in the day of the life of an American. Beane and Apple (2007) described democracy as “…not only a “process.” It also involves values and principles that make up the foundations of “the democratic way of life”. Schooling in the United States includes strong influence from the “content” of democracy (Apple, 2007). Some of the values that come from the influence of democracy include

“Concern for the dignity and rights of individuals and minorities, concern for the welfare of others and the common good, faith in the individual and collective capacity of people to create possibilities for resolving problems, the open flow of ideas, regardless of their popularity, that enables people to be as fully informed as possible, the use of critical reflection and analysis to evaluate ideas, problems, and policies, an understanding that democracy is not so much an “ideal” to be pursued as an “idealized” set of values that we must live and that must guide our life as a people, the organization of social institutions to promote and extend the democratic way of life” (Apple, 2007).

This quote explains how influential the democratic system is on schools. Schools are expected to be ran similarly to the democratic way of life. It emphasizes the fact that these values are not rules to be followed but guideline to help the American people through life. Some of the important values which help American life includes “concern for the dignity and rights of individuals and minorities”. I believe this value has a correlation to authenticity. Being deserving of rights no matter who you are, no matter your race or where you can from is a big factor of being your authentic self. This specific value is one that I would teach in my classroom because explaining that while you deserve to be your more authentic self you also deserve the same dignity and respect as those around you. Authenticity also corresponds with the value of “faith in the individual and collective capacity of people to create possibilities for resolving problems”. That was one of the advantages I included with authenticity. When you accept people for who they are you get to open yourself up to new ideas, perspectives, and in this case possibilities for resolving problems. Also, the open flow of ideas no matter who it comes from is an ideal that is perfect for school. Every student should be encouraged to share their ideas, perspectives, thoughts, anything. These values correspond with each other. When you have an open flow of ideas you also get the creation of a possible resolve for a problem, it also promotes dignity and respect for everyone when giving them the equal opportunity to share their thoughts. America is supposed to be this. With a country made up of so many different backgrounds and cultures there is so much opportunity for learning and growth. Teachers have the opportunity to teach their students these values so that they can use them out in the democratic society. Being able to promote these values out in this democratic country will set up a person for success their American Creed.