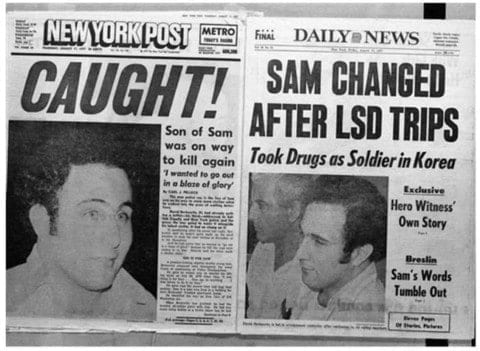 Media coverage of serial killers can lead to an obsession with, or glorification of, serial killers. It is often easier to get information about the killer than it is about the victims. In order to report on the story, the media often tells viewers what is known, so they often tell us information about the killer. Depending on what information is revealed, it can lead to sympathization with the killer. If information about their past, their family, etc is told to viewers, it easy from some people to want to feel bad for them. People begin to make connections based on their past and in doing so, they look past all the awful things that these people did. Instead of focusing on the killers, the attention should be given to the victims. It is their stories that should be told, their pictures we should see on the news. The victims all have a family, friends who were affected by these disastrous events. Society is judging them and vilifying them, but we are also giving them what they want. Attention. They are the headlines on the news getting all the publicity they want. The purpose of the media is to inform the public on what is happening. However, the media should not be focusing on the serial killer as much as the victims. While the media is just doing its job, it needs to be careful and make sure that it is still respectful of the lives that were lost. The victims, who have already lost so much, even if they are still alive, are being exploited by the media at the benefit of the serial killer. Some people compare serial killers to artists, while their victims are simply works of art. This kind of gross comparison makes in sound as though him victims were just there waiting for him to murder them, as if they didn’t have anything going for them in life. No friends, family, children, jobs, nothing. Often times, news article focus more on the killer’s step by step movements and debate the small, unimportant details instead of the focusing on the bigger pictures. The lives that were lost and the other people that were potentially harmed. As soon as we begin to focus more on the killers than the victims, we begin to glorify the killer. For example, Jeffrey Dahmer’s victims are simply remembered as just that. No names, no stories, just “Dahmer’s victims.” This is not to say that increasing the media attention on the victims is the solution. In fact, it is quite the opposite. Most victims didn’t chose to be in the public eye, their every action being criticized by everybody. Sometimes the best thing to do is to not report on it at all, or to report as little as possible while still keeping citizens informed. Ultimately, something needs to be done to change the “culture of death” that was used to describe America, because it is damaging to people to who have already gone through pain and trauma.