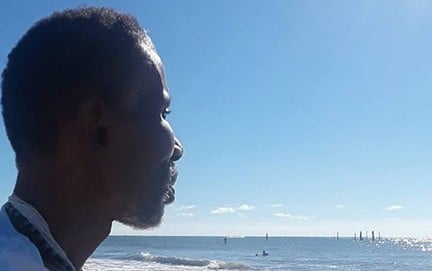 On April 6th, 2019, the black community lost a brother Mr Stanley Kinard. “Stanley Kinard was raised in the black arts movement and played a pivotal role as a student leader establishing the W.E.B Dubois department of Afro-American studies and new African culture center at the university of Massachusetts, Amherst. He was the founder Executive Director of the carter G. Woodson culture literacy project and the Brownsville Heritage house, both of which focused on teaching African history and culture to New York public school students. Stanley was developing the communiversity, an alliance of artists and activists committed to the establishing culturally relevant community schools. Stanley Kinard was the first candidate to formally announce his run in the Democratic primary for what is /was expected to be a hotly contested races for the open seat. Mr. Kinard has been very instrumental in Brooklyn Civil Rights; a cultural activist for educational and art.”

On January 1st,2005” Mr. Kinard once said “I believe my experience makes me uniquely qualified to fight for improving the quality of life residents of Bedford Stuyvesant, Brownsville, East and Ocean Hill.” This was also said when he was running for the city council, 41st district, joining Kinard, was councilman Charles Barron who gave his endorsement: “I support the candidacy of stanley Kinard because he is a man of integrity, honor, and accomplishment. “I truly feel that his leadership is so sorely needed in the 41st council district,” declared Barron. “Kinard has served as executive director and founder of the Carter G. Woodson culture Literacy project since 1986, helping to improve academic skills through the appreciation of black cultural heritage. He is also founder of the black new Yorkers for educational excellence and education columnist for “our times press.” Earlier in his career, Kinard organized the coalition that installed Frank Mickens as principal at Boys and Girls High School, and helped preserve Bedford Stuyvesant gifted and talented schools. P.S/I.S.308. Kinard was also founding director of the Brownsville Heritage house, sponsoring cultural enrichment programs for the entire community.”

He is a supporter in the “I have a dream” program’s effort to create a charter school at the old P.S 70 site, and also served as the first executive director of Brownsville heritage school. Although I didn’t know Mr. Kinard on a personal level or every meet him before, but I surely do know that he was a very important instrumental figure in the black community, for him to be a black African American male being so successful and powerful has he was that’s a beautiful thing. May his memory forever  be recognized and may he rest in peace.