How Celebrities Use Social Media to Manipulate Followers 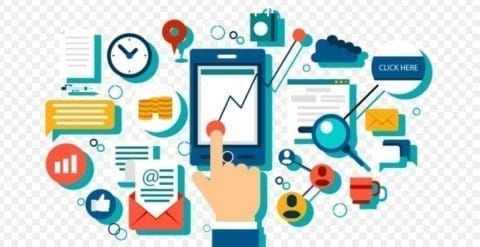 Social media is relatively new to the public and quickly started to play a huge role in the marketing industry. Social media is the most widely used platform in the world, so using it for marketing just makes sense. There are so many different ads being portrayed through social media platforms, so companies can get the word out to as many people as possible with the least amount of resources in the least amount of time. Celebrities and influencers play a huge role in creating marketing so efficient through social media.

Celebrities with a good amount of followers are approached by different companies to advertise their products. For example, a fitness company would contact Kim Kardashian, with a payment incentive, to wear their product and post about it on social media. If Kim were to accept the payment from the company, she would post about the product and in a matter of seconds thousands of people are aware of the product being sold. The incentive for the company is to advertise their product as widely as possible and the celebrities incentive is to be paid as much as the company is willing to pay them. However, in order to be paid well the public has to react positively to the product the celebrity is advertising. This leads to celebrities potentially manipulating their followers.

The wall that used to divide celebrities from the general public no longer exists. Anyone can “follow” someone’s life using social media. This makes it much easier for the public to know what is going on in a celebrities private life, or so they believe. Celebrities make the public believe that they are sharing their personal life, when really they are just doing business. This is what makes social media a manipulation game. The more the public believes they know about the celebrity, the more people trust the celebrity. This makes marketing feel way more personal in order to make it way more effective.

Celebrities use different marketing tactics in order for them to sell to their followers. Social media was once used to get to know about other people’s lives and now it is being used to target specific demographics to sell to. The public is more exposed to advertisement than ever before because of new tools such as social media.