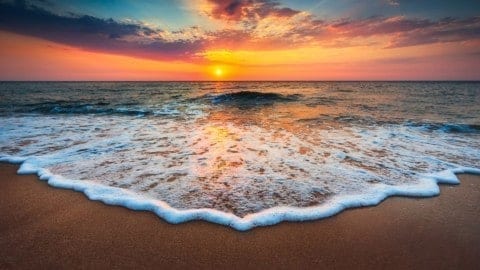 My name’s LaDayzia, I was born March of 2002. I’ve lived in Austin my whole life, on every side of town, except the west side. I’ve attended many of AISD schools within my 12 years of schooling. There’s two things I find important about myself: I’m pregnant and unaccompanied-ish if you will. I say “ish” because for the past 3 months going on 4. I’ve been living with my mom again, temporarily though. October 28th, 2017 is when it all started, my life changed dramatically. I’ve done a lot for myself though, proved a lot of people wrong as far as me “making it ‘alone’ in this world”. Now i’m 17 and pregnant with a baby boy and there’s new doubts about my success in this life of mine from the same individuals. I have worries, but I don’t doubt my success. I believe; and I believe hard. I have this plan in my head that I vividly go over so there’s no way I could fail. I’m getting ready to graduate, then I’ll be off to get my nursing certificate within two years after enrollment.

I’ve always been into English/writing; I love expressing myself through literature. I feel it’s a good coping mechanism for me. It’s my strong suit in school. I used to want to write my own memoir and I love this idea so much. In 7th grade I played basketball and volleyball for Mendez Middle School. I loved basketball because it was one of those sports that before you knew it, it drew you in emotionally to the point where you cried with anger when your team lost 35-34 by one jump shot. I wasn’t too good at volleyball, but oddly loved it. During the whole season we won not one game,but there was still a thrill at the beginning of every game. These days I don’t really have any hobbies outside of school, but I recently got a library card to read some good books of my choice. I also sleep/rest a lot these days. One thing i’m oddly particularly good at is crocheting. I’m close to my grandparents, so crocheting is something my grandmother taught me. I really enjoy it.

One question on the survey that stands out was, “Are you currently growing up without a ‘father’?” That question, or the answer to it, doesn’t bother me like it used to. I’m the product of a rape and the guy who “created” me has a history of drugging and having sexual relations with very young females. So when I was told the information years ago by my mother at a very young age, I believed it. I put two and two together, but had no anger towards him for it. I couldn’t; part of the reason behind that is because I’ve been sexually assaulted about four or five times. So, my heart knows nothing but to forgive predators. The other part is that you can’t choose who your parents are. I believe in God and everything that comes with Christian morals. I would say growing up with a ‘sperm-donor’ like mine, you grow up to be stronger than a lot of other people that have both a mom and dad. I wouldn’t be who I am today, or half as strong, if it wasn’t for his absence in my life.