Why do women have higher GPA’s? 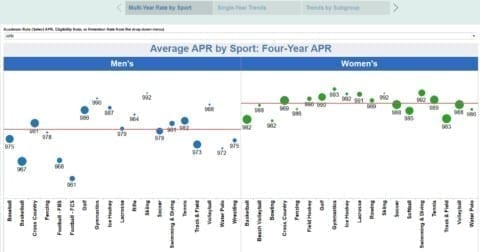 My source from EBSCO was a comparison of academic and athletic statistics from a division one school. I found it interesting, because 33% of students at DI schools feel as though they are perceived as less smart than their peer by their professors, when in fact sports teams often happen to have higher GPA’s than other non-athletic students. Even more concerning, 60% thought that their peers perceived them to have less of an academic ability than them just because they were athletes.

“For an athlete to be successful, they most have various traits that will drive them to the best.” This is so important to me because it perfectly supports the concept of my essay. I believe that competitive drive is a natural instinct, and that it can’t be taught. This 11 page study on competitive athletes is very informative, and I can use this information and these statistics as data for my study.

Finally, it showed that women athletes, in general, had higher GPA’s than men do. There have been studies in the past that show that women have higher GPA’s than men, but I wonder if it is because they work harder, or if the classroom set up is just better for women to learn in than it is for men. This is something that I think I would like to further research, and I think that it would be an interesting aspect to add some gender studies into my paper.

See my comments on NowComment.