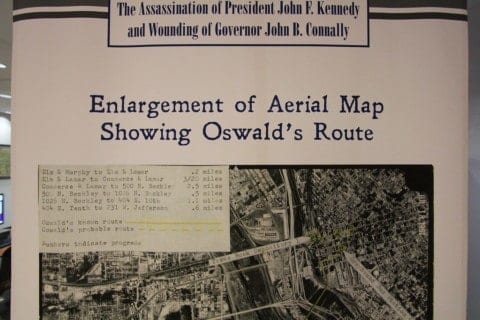 For my project, I’m looking at popular, modern conspiracy theories. The first is about the assassination of JFK. My first source is NowComment. This source summarized the major conspiracy theories surrounding the assassination of JFK. The first is that there are multiple gunmen involved with the killing. This is one of the more reasonable theories. Under this is the more specific idea of the “Umbrella Man.” An individual that shot a poison dart into Kennedy’s neck that immobilized him so Oswald, the known shooter, could kill him. Both of these are realistic theories but have been disproven by autopsy reports and testimonies. Another theory is that Kennedy’s driver shot him, or that it was an inside job involving Lyndon B. Johnson. However, the autopsy didn’t have any information about gunshot distance. The last conspiracy is that the killing was a greater plan involving the Cuban Soviets.

JFK Conspiracy Theories
Miller, Michael E. “JFK Assassination Conspiracy Theories: The Grassy Knoll, Umbrella Man, LBJ, and Ted Cruz’s Dad.” The Washington Post, WP Company, 27 Oct. 2017, www.washingtonpost.com/news/retropolis/wp/2017/10/24/jfk-assassination-conspiracy-theories-the-grassy-knoll-umbrella-man-lbj-and-ted-cruzs-dad/?noredirect=on&utm_term=.d57a9794e2dd.
This source summarized the major conspiracy theories surrounding the assassination of JFK. The first is that there are multiple gunmen involved with the killing. This is one of the more reasonable theories. Under this is the more specific idea of the “Umbrella Man.”

Flight Disappearance Conspiracy Theories
Power, Myles. “Missing Flight MH370 Conspiracies Debunked.” YouTube, YouTube, 26 June 2018, www.youtube.com/watch?v=goOLDkiQ9XU.
This is a 20 minute Youtube video debunking the top 5 conspiracy theories surrounding the mysterious Malaysian Airline Flight 370 disappearance. The first theory is that Shakira and Pitbull had prior knowledge of the flight disappearance. This theory stemmed from lyrics from their joint song “Get it Started.” The lines “now it’s off to Malaysia” and the lines referencing two countries that tried to search for the flight and two passports that were stolen and used by Iranian passengers on the missing flight. This theory is easily debunked and concluded to be pure coincidence. This is an example of people simply trying to find meaning where there is none. Another theory is that the aircraft was hijacked and taken to a remote, secret island. This is supported by a single picture and text from a passenger that claimed to be held hostage. This is a likely theory because of the metadata and timing of the picture and text. However, it could also easily be a fraud because it is easy to alter the metadata of a picture and it was posted on a site notorious for Internet hoaxes. The third theory is a widespread theory that there are multiple attacks on Malaysia Airlines. A few months after MH370, another Malaysian Airlines flight was shot down at the Russian border by accident due to negative Ukrainian-Russian relations. The idea the MH17 was actually MH370 and was purposefully destroyed to damage Russian credibility came from photos of MH17 debris that was extremely similar if not identical to photos of the intact MH370 aircraft. Plane serial numbers and flight route information quickly debunked this conspiracy. The fourth theory is about aliens. A voicemail from a passenger spells out an SOS message in code that states something about the issue being “not human.” The voicemail also includes coordinates that point to the suspected area of disappearance for the flight. The person who released this voicemail received weird messages in Morse code after he posted it threating him to take down his tweet about the non-human interference. Plane technology and communication protocols dismissed this theory, however (black boxes on the flight.) The final theory is centered around a man who was murdered while trying to solve the MH370 mystery. A piece of a plane washed up in Madagascar and it was proven as a part of MH370. A diplomat in charge of taking this piece to authorities was gunned down in the middle of the transport. People postulate that he was killed to stop the investigation. This is disproved because the diplomat was involved in many nefarious activities including kidnapping. People think he was killed for these activities, not the investigation.

Death of Princess Diana Conspiracy Theories
Laliberte, Marissa. “10 Conspiracy Theories That Still Surround Princess Diana’s Death.” Reader’s Digest, www.rd.com/culture/princess-diana-death-conspiracy-theories/.
On August 31, 1997, Princess Diana was killed in a car crash caused by a speeding driver with alcohol in his system. The driver and the other passengers didn’t survive either. Despite the incident’s appearance as a “cut-and-dry” drunk driving accident, there are many conspiracies surrounding the event. The first is that Prince Charles couldn’t have remarried if Diana was alive. Diana had a premonition of her own death, as proven by a note she sent to her butler discussing it. Some believe that the royal family had a role in Diana’s death so that Charles could move on. The next theory is that the royal family didn’t approve of Diana’s then-boyfriend and that she was pregnant with his child. The royal family didn’t want Diana to produce a potential heir to the throne so they had her killed. The autopsy verified that she was not pregnant. Along with this, there is a theory that French doctors hid Diana’s pregnancy. This is supported by how quickly the embalming process was started after death. The next theory is that Diana’s driver was an informant for the Secret Service. A former M16 office claimed to see a call for the killing of a foreign politician in Paris that was very similar to Diana’s death. That officer was fired and known for trying to tarnish the organization’s name, however. The driver of Diana’s car took an odd route for their destination. This along with a bright flash that occurred when the car entered the fatal contribute to the theory that The secret service led Diana’s car to the tunnel then blinded the driver. Witnesses claim to see other vehicles around the incident that left quickly. There is also evidence that the US Government was watching Diana through phone calls and information collection. Another major theory is that Diana was purposely given improper treatment at the hospital after the accident. This connects to a variety of other theories. The role of the bodyguard is debated upon. It is claimed that he knew about the planned accident and did nothing to stop and even offered to help cover it up because the secret service threatened to kill him. The accident happened when paparazzi were chasing Diana and there is a theory that they set up purposefully unsafe conditions. Diana had a restraining order against one photographer already for purposefully crashing into her car and attempting to cause her harm.

Gill, Martha. “What Is the Illuminati? You Asked Google – Here’s the Answer | Martha Gill.” The Guardian, Guardian News and Media, 22 Nov. 2017, www.theguardian.com/commentisfree/2017/nov/22/what-is-illuminati-google-autocomplete.
The Illuminati is allegedly a heavily guarded organization that secretly controls the entire modern world by infiltrating the media and participating in brainwashing tactics. It has allegedly existed since the beginning of society and has put its insignia on the pyramids, influence on the life of Christ, and has members like the Queen of England. A sub-theory is that the Illuminati is a group of evolved ancient lizards. Another possible origin of the Illuminati is Bavaria in 1776. The goal of the Illuminati is to establish a new world order where an authoritative gang of elites would rule and nation-states would be banished. It also fights against fake news. Alleged members of the Illuminati include Katy Perry, Beyonce, Jay Z, Madonna, Kim Kardashian, Lady Gaga, and Rihanna. The rise of music streaming services is considered a cover-up for the Illuminati’s influence. The Illuminati apparently wears dramatic cloaks and has secret meetings. Many of the above-mentioned members have referenced the Illuminati in their music or interviews. 28% of US Citizens believe in the Illuminati.