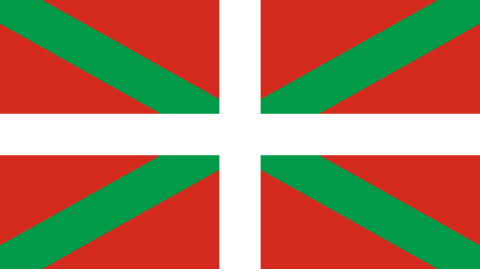 With a beautiful coastline on the Bay of Bizkay, the rugged Pyrenees Mountains, and postcard-perfect farms and villages, it’s no wonder that tourists love Basque country. But it’s the cultural heritage of the Basques that sets this region apart from other parts of Spain and France.

The culture of the Basques, including their very old language, was nearly wiped out several times through history. People starved in the cities while surrounded by enemy militaries. One famous bombing in 1937 during the Spanish Civil War destroyed the city of Guernica. Children were punished if they were overheard speaking Basque, and traditional folk festivals were banned.

So how did the Basque language and culture survive, and thrive, into the 21st century? A large factor was the end of the long reign of Spanish dictator Francisco Franco (1930s-1970s), who suppressed regional cultures. After Franco died and more tolerant leaders came into power, many traditional practices resurfaced.

Basque country consists of seven provinces (similar to states in the United States) within Spain and France. Basque settlements around the world create what is sometimes called “the eighth state.” As many armies passed through Basque country on their way to other parts of Europe, Basques became great traders and incorporated some of the customs, foods, and words from the travelers they met.

Basques were also among the first people to venture far and wide by sea, to whaling and fishing grounds thousands of miles from their homeland. They became noted shipbuilders and iron and steel makers. In one year, they could produce more than 900 million pounds of iron and more than 1 billion pounds of steel! Today, modern architecture, electric buses, houses, and fishing boats harmoniously blend modern and traditional design.

Despite their embrace of new technology and foreign influences, the backbone of Basque culture has always been the home. For many Basques, the house of their ancestors is a strong identity marker. In fact, the Basque word for house –etxea–is a common root for many family names. Even if they move to one of the larger cities, such as Bilbao or San Sebastian, Basques find comfort in visiting the farm or village of their grandparents or great grandparents. Many families are lucky enough to still own handsome stone farmhouses dating back several centuries.

Political and economic forces sent Basques to settle in the United States, Canada, South and Central America, and elsewhere through the centuries. Beginning in the 1870s, many young Basque men emigrated to the American West to become sheepherders. When the weather was good, they would live in the mountains tending sheep. In the winter they retreated to boardinghouses filled with other Basque immigrants. Together they would speak and sing in Basque, play traditional card games, and eat hearty Basque foods. Today, their descendants celebrate their culture and pass it on to their children through festivals, language classes, and Basque summer camp.

If you are lucky enough to visit Basque country, you will find the unique blend of traditional culture and modern innovation that has shaped this land. Take in the wonderful scenery, and take note of the language and culture. And, of course, try some mouth-watering Basque food!