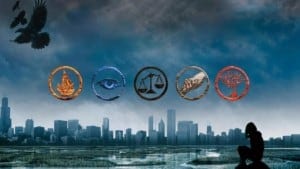 Our book was about a society that takes place in future Chicago. There are 5 factions in their world, Amity, Candor, Erudite, Abnegation where our protagonist originates from, and Dauntless where she transfer to. Our protagonist name is Beatrice / Tris and she’s Divergent which means she doesn’t fit into one faction nethertheless she can fit into all the factions or just multiple ones. Her society don’t like Divergents because they aren’t able to be controlled, which makes Divergents seem like they hold more power. Nethertheless, if they found out you’re Divergent they kill you and that’s what our protagonist was trying to protect herself from.

Our argument for the book Divergent was to kill of the faction Erudite which is the intelligent, before they could inject the serum to the faction Dauntless which would mind control them to fight against Abnegation because Erudite wanted to overthrow that faction. So what we would to fight against the hegemonic ideologies is we would give everyone serum which would make the “ wake up ” from the oppression that is happening. Once they have woken up they would go against the government. The government would then surrender. There would be no more factions and everyone can live how they would like to live, no more factions, no more oppression.