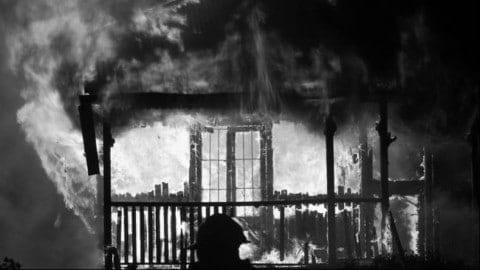 Things are starting to get more interesting! In the screenplay To kill a mockingbird by Horton Foote. Scout is lucky to have an older brother like Jem. If she’s not thankful for him then she shall be called ungrateful. In paragraph 171, line 7 it states, “Jem turns and looks in the same direction. Down the dirt road, drunk, toward the car, comes Bob Ewell. Jem is frightened and starts to leave the car, and then remembers the sleeping Scout. He climbs into the front seat beside his sister, all the while watching the approach of Ewell.” This proves that Jem is brave and caring. Jem didn’t know Bob Ewell’s intentions, and he still chose to stick with his sleeping sister and try to protect her even though he was frightened and he called for his father. That was a very smart decision he made as an older brother to guard his dozed-off sister.

We learn something interesting about Jem here. He usually bullies his sister, calling her “Angel May” when she was scared to go to the Radley’s backyard, and when he told her “ I swear Scout, you act more like a girl all the time.” In another section of the play Jem also stopped a fight between Walter Cunningham and his little sister, Scout. He is looking out for Scout; he doesn’t want her to get in trouble and wants her to treat other people fairly. That what a caring brother does, try to help and discipline his little sister all at once.

The next time Jem shows scout love is during the night of Miss Maudie’s house fire. Atticus wakes both the children up and make them outside the Radley’s house so that way he can keep a eye on them while he was helping Miss Maudie. On page 94 lines 1-3 it states “Jem put his arms around Scout. Hush Scout, Jem said, don’t worry, scout it ain’t time to worry yet.”