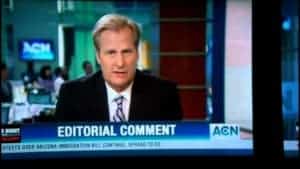 Whenever someone asks another on what American or being American means, they usually joke around by saying cheeseburgers and eagles with guns, but what do people really take that label for? Well throughout my experience in America and by learning its history and witnessing it’s events, I think that American means to be you. While there still is prejudice in America, the many diverse ways of living still exists, and still is flourishing. An interesting quote from an Ex-Marine Teegan Griffin says that “Even though I don’t support their Ideas, I still respect it”. We all disagree on things, but what she says is that she respects the way their version of america is/ should because being American is being you.

I hope that America will realize that there are so many things that aren’t right in this country and change them as soon as possible. Great prejudice still exists in a great country like America, and you can visibly tell like our current president Donald Trump saying(despite being unconstitutional) we should build a wall to prevent helpless immigrants to seek salvation. A person that greatly explains my hopes is Will McAvoy in a little skit he did called the newsroom and he said that, “We’re not the only one who have freedom, everybody has freedom” which means way more than it says. The way I take it is that he says we’ve been blinded by who and what has freedom because we are the only one’s who know we have freedom and chose to neglect those who actually have true freedom. The only people who get to experience freedom in america is the people who have the power to access the luxuries