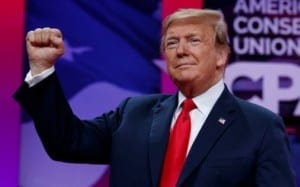 Does Trump use his powers to establish justice?

Ordinance power is the power to make laws with the legislature. What this means is that it gives the President the power to issue executive order. An article called, ”What is the Definition of ordinance power” states, ”According to the Free Dictionary, ordinance power describes the influence and laws that are enforced on a jurisdiction by authority figures and a local government.” These laws are establish upon us by our President. This power can help achieve justice because laws are made to have order and justice for its citizens. The same article states, ”According to the Free Dictionary, many ordinances deal with maintaining public safety, health, morals, and general welfare.” This shows without laws that help things like public safety, health, and general welfare we would not have justice. Ordinance power is one of three powers that help establish justice.

The second power is Appointment and it allows the president to nominate any public official they choose to with the senate approval. For example an article called “Appointment powers” states,”…which empowers the President of the United States to nominate and, with the advice and consent (confirmation) of the United States Senate, appoint public officials.” The appointment power ties into establishing justice because of the people who the president choose to appoint. Those people’s job either a judge or official is to establish justice for the United States. Another example is when an article,”Presidential Powers” states, ”The Appointments Clause gives the executive branch and the President, not Congress, the power to appoint federal officials. The President has the power to appoint federal judges, ambassadors, and other “principal officers” of the United States, subject to Senate confirmation of such appointments.” The people in these certain kind of roles are necessary to establish justice, without them we as citizens will not have order. Appointment power is the second power in order to establish justice.

The third power is the removal power, which allows the president to remove whoever  they appoint. Throughout recent events it does not necessary only have to be whoever they appoint. For example an article called, “War Powers Resolution” states, “…the Congress passed a law that required the President to secure Congressional approval for the removal of Cabinet members and other executive branch officers.” The main reason why the President will remove or assign someone is because he or she believes they are not fit to establish justice. Although they have the power to remove they still need proof and a good reasoning of removing someone. The president can not remove someone without a valid reasoning because in that cause he is not establishing justice. The removal power is necessary to achieve justice because people can break the law even if they are in a higher position. And in that case they should no longer be in that position if they do not use their power to establish justice.

President Donald Trump has brought the removal power to life by his recent actions. On October 28, 2016, the 7th FBI director announces that they will be doing an investigation on Trump. The reason for the investigation was because to find out whether Trump campaign members colluded with Russians who hacked the 2016 election. On May 9,  2016 Trump dismisses Comey as FBI director. Trump reason was because of the way Comey handled the Hillary Clinton email probe. In trump’s head he believes that JAmes Comey wasn’t using his role to establish justice because he gave Hillary a slap on the wrist instead of some type of punishment for her breaking the law. But many other people believe that trump did not want to be investigated by comey, like he had something to hide and that is his real reason for removing Comey. The removal power is to establish justice but there is still a debate whether Trump used it for the wrong reasons.

The Ordinance, Appointment, and Removal powers are necessary to achieve Justice.