Does the president Establish Justice? 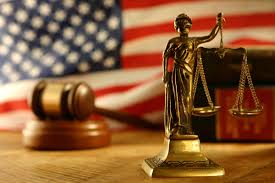 An important purpose of our government, as stated in the preamble of the U.S Constitution is to Establish Justice. The president of the U.S. plays an important role in ensuring our government’s actions are working towards this goal. Among the most significant presidential power that can Establish Justice are Removal Power, The Ordinance Power, and Executing the Law. President Trump’s decision helps us understand the importance of Executing the Law because Trump Prosecuted parents and put their kids in department of health and human services.

The first power/role that I put is executing the law. It is the Constitution requiring the President to “take Care that the Laws be faithfully executed.” Basically what that means is the President to enforce all constitutionally valid Acts of Congress, regardless of his own Administration’s view of their wisdom or policy. This power/role can achieve the purpose of government because Establish Justice is fairness for all. If your fair to all then your taking care of the law.

The second power/role that I named is The Ordinance Power. The ordinance power gives the president of the United States the power to run the executive branch and to issue executive orders. An example is,  in cases when Parliament is not in session, and ‘immediate action’ is needed, the President can issue an ordinance. An ordinance is a law, and could introduce legislative changes. A parliament is a legislative body of government.

Trump has brought all these powers/roles to life because those powers/roles have been necessary. They have worked good because I think without the first role the president wouldn’t take care of the laws which means people wouldn’t be fair to other people. Without The Ordinance Power presidents wouldn’t  run the executive branch and wouldn’t issue executive orders which means they wouldn’t be able to call for ‘immediate action’. Lastly without the last power/role courts wouldn’t be able to remove officials which means they could of probably been useless and doing nothing or just got in the presidents way. This is how I think Trump has brought these power/roles to life. An important purpose of our government, as stated in the preamble of the U.S Constitution is to Establish Justice. Among the most significant presidential power that can Establish Justice are Removal Power, The Ordinance Power, and Executing the Law.