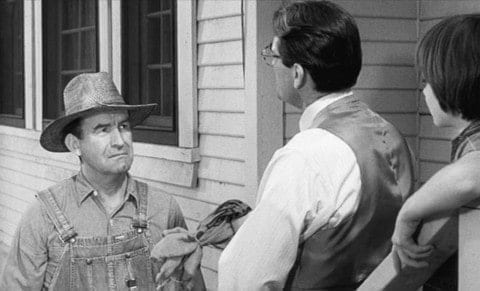 I am currently reading a book called To Kill a Mockingbird by Harper Lee. it is totally amazing. I love the book because it is so interesting. It talks about how three children are curious, about this man and it also talks about a man who is facing court because of a crime he may/may not have done. I love this book because it conveys to me how life was like in Alabama in the 30s. I can also connect some of the info with real life situations and some of the info I can’t relate. I am really looking forward to reading the rest and see what happens.

The first section of To Kill a Mockingbird by Harper Lee might leave a reader feeling concerned because it talks about how Mr. Cunningham goes to Atticus’ place and gives him something. It continues with Atticus telling Scout that Cunningham is embarrassed to be thanked. But why is he embarrassed? And why does he give Atticus stuff all the time? Atticus later on says it’s to pay back for some legal work that he did for him. What legal work did he do for him? So it is very possible readers will be concerned. An example of this is on page 5, it states:

Atticus- He is paying me for some legal work I did for him.

Atticus- That’s the only way he can…he has no money.

This is such concernful content because we may be very eager to know what work he did for him.

So far the theme in To Kill a Mockingbird might remind a reader of a story in the news. The theme can easily be connected to poverty. Not too long ago president Donald Trump shut down the government, it impacted many people, so people were working and they did not get paid, which led to poverty. People were so upset and it was really hard for them. Like who would wanna work for free, everyone loves money. In the story they’re going through a tough time as well because they’re in the Great Depression, so money is very scarce. The similarity between the news and from the book is there was no money and it was tough for many people. The difference is that we are not in a depression.

After this part of the book most readers probably will be looking forward to reading the rest of this book because it gets even juicier and more interesting. This book will maybe bring sad vibes to the reader which makes it curious to know what’s about to happen. This will bring joyful vibes as well. I think Atticus is going to prove that Robinson is innocent. Then things are going to get ugly… omg!