What Being American Means

Home 2019 February 20 What Being American Means 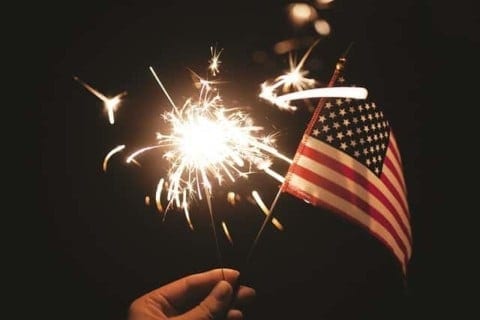 Although some might say that to be American you have to have been born here, or have citizenship here.  But I believe that anyone who lives here, and participates in American culture is American, whether they’re a citizen or not. The video titled “Newsroom”  examines the idea of how America has changed, and how the country used to fight for moral reasons, but that’s changed.  This shows that America used to actually care about things for the right reasons, but their motives have changed.

I believe “American” should represent the idea of equal opportunity for everyone, because so many people come here for better opportunities, however not everyone is given them.  In the video titled “Russell Means Speech to the Senate” Russell Means talks about how Indians aren’t given any rights and are not treated as equally as other white Americans.  “American Indians suffer under a system of dual citizenship, that is U.S citizenship and Tribal citizenship, maintained by the BIA.” This shows how American Indians aren’t given the equal rights that they deserve.

American Literature can be defined as literature that is taught in America, about America.  The article titled “My Life as an American” embodies the idea of being “American” because he wasn’t a citizen, but he had to act as though he was one for his whole life, and he learned what being an American is like.  “American Literature” is a reflection of what has happened in this country.