Schools Should be Allowed to Limit Students’ Online Speech 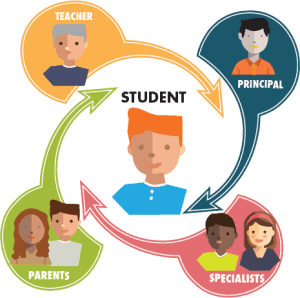 Technology has advanced greatly in recent years, which means that there are many new benefits. Information is now easy to reach and you can have a connection with the world with only your cell phone. But schools are having trouble controlling and setting rules about students’ online speech outside of school. It’s difficult knowing if a post that a student uploaded outside of school should be punished by school officials. Schools should be allowed to limit students’ online speech because it could cause cyberbullying, make it easier to violate civil rights and could even negatively affect a teacher.

If you give a student the right to speak freely without any limitations online then they might be cases of negative outcomes like cyberbullying. There are many instances where students have used social media to bully others, for example the Cyberbullying Research Center discovered that 25% of female students between the ages of 10 to 18 have been cyberbullied at least once in their lifetime. This comes to show that a certain limitation is needed to prevent further cyberbullying done by students. Not only that but with cyberbullying, there are many effects that come later on like suicide thoughts and that should be something that the school should be concerned about. Yet with that same piece of evidence it could be said that 75% of students have not been cyberbullied which is a larger percentage but that shouldn’t stop people from wanting to stop 100% of cyberbullying.

Cyberbullying in one of the main concerns but another major one is that anyone having access to the internet has an easier way to discriminate and violate civil rights. The US Department of Education Office for Civil Rights states “Harassing conduct may take many forms… when such harassment is based on race, color, national origin, sex, or disability, it violates the civil rights laws…”, they are worried that since it’s much easier to reach a certain person and not have to tell them in person what they think then it’s easier to discriminate them. Having a much easier way to connect to people also means that you could easily target someone and send hate with a few touches of a button. That could lead to the victims feeling insecure at school and making it an unstable environment for them to learn. This comes to show that a single person’s online speech can affect another student at school.

When you think of giving students freedom, you don’t think about the negative consequences it could have on the teacher, there has been instances where teachers were impacted negatively and it affected they way they managed their classroom. In a cartoon drawn by Jimmy Margulies, there is a clear statement about teachers having a problem with students taking their privacy and dignity. Students are now able to personally target teachers by using their unlimited used of online speech. It could create tension between both the teacher and the student, which could potentially disrupt the classroom. A survey made by the Association of Teachers and Lectures and Teacher Support Network backs up the claim of disruption in the classroom by showing that 15.9% of teachers reduce their productivity and effectiveness in the classroom because a student wrote something online. Something that was done outside of the classroom by a single student could change what happens inside the classroom, ultimately affecting other students. There should always be a limit to what students should be allowed to say, it does not matter what situation they are in because there will always be a negative side to complete freedom.

There has been a lot of controversy about limiting students’ online speech because it prevents them from truly expressing their personal thoughts or that it violates their first amendment but it could also cause cyberbullying between students, make it easier to violate civil rights, and affect teacher and their classrooms.

Schools Should be Allowed to Limit Students’ Online Speech by Jessica is licensed under a Creative Commons Attribution-ShareAlike 4.0 International License.