Electric cars, Are they safe? 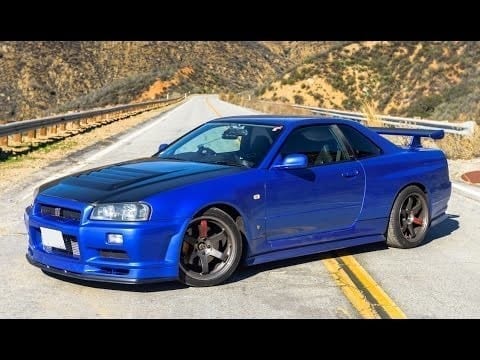 Electric Cars, Are They Safe?

Electric cars are evolving and most of them are self drivable, but there’s a question that many people might have. Are they safe? Many people think that Electric cars are safe and helpful for the environment and others might say that the “new” technology might malfunction since its too much for a car. Electric cars are powered by a battery pack stored in the car which then powers an electric motor causing the car to move or be drivable.  Each year, everyday there’s always a car accident, the cars involved are mostly powered by gas and half of those cars are electric. Based on the research it is clear that electric cars could be safe but might still need some work on the technology, it’s a little bit too early to start making new products that involve ¨new¨ technology. Electric cars still have some work needed but they can be helpful for the environment.

Electric cars are starting to evolve and technology is changing and impacting everyone’s life even more each day. Many people keep  questioning if electric cars are safe, in articles people keep talking about the car’s battery and how flammable it is. For example, In the article “Are electric cars more likely to catch fire?” is stating that electric cars Are safe because the only way the battery can be damaged is if there is any physical damage or damage in the wiring, CNN wrote, “There have been some other high profile fire problems involving lithium ion batteries in other uses – in cell phones, in laptops and even in Boeing (BA) passenger jets. But so far the fires involving electric vehicles have been caused by some kind of crash or other damage to the battery while driving” (CNN). Although this might be true it still doesn’t prove the point about the technology malfunctioning and self drivable cars crashing. Additionally,  they also explained that it would take longer for a lithium ion battery to catch on fire than a car powered by gasoline which would burn and explode rapidly. An electric car would notify the driver if there’s anything wrong unlike a car powered by gasoline, the driver wouldn’t really know if there’s anything wrong with their car because their car can’t detect problems like an electric car. In an interview, with Oscar Valentin, who works as a mechanic, Valentin stated, “Electric cars are new and many people want to buy one, the risk that many people could face is the car malfunctioning or catching on fire. If someone overcharges their car they could damage their battery and if they dont fix it or get a new battery their car has a higher chance of catching on fire at high speeds” (Valentin). Oscar Valentin thinks at the moment electric cars may need some work, and  he has worked on some electric cars like the Tesla model S and the model X. Whenever he fixes cars like these there’s mostly a problem with the battery or the wiring, Valentin explained that the battery is damaged when it is overcharged multiple times and goes at high speeds, overall another way the battery can be damaged is if it’s involved in a collision but it’ll take some time for the battery to catch on fire.

Though there are concerns electric cars can be good for the environment. For example, electrical cars are powered by batteries and don’t rely on gasoline which makes a great impact on the community and the environment. The Technology for an electric car is still being tested today and won’t be ready for another couple of years but for now electric cars are making a helpful impact for the environment. The only issue with electric car batteries is disposing the battery because the batteries create an environmental hazard and spread more pollution in soil and water. In an article titled “Electric cars have benefits, but won’t save you money” by Dee-Ann Durbin. Dee-Ann Durbin states that, “some states and utilities offer incentives for electric vehicle owners. Plugging in an electric car is generally cheaper than filling up a gas powered one, but that depends on the local prices of gas and electricity. Some people can charge their electric cars at work, but others need to add a charging station to their garage” (Durbin). This quote was really interesting and stood out because not that many people have access to install a charger for their car in their garage (if they have one) not that many areas have a place to charge an electric car either. For example, in Oakland there aren’t that many spots where someone could charge their electric car and they might have to wait a while until their car is fully charged again. Since there aren’t that many areas to charge your electric vehicle it might be harder to get rid of the pollution in cities because not that much is being done to get rid of and others don’t really think about their health or safety. Overall, it would cost more to install a charger in your home or garage, there’s different prices for the charger that goes from $300 up to $2,000 which might make people say it’s a lot of money and not want to buy a charger, if this does happen it will be harder for them to find a spot where they can charge their car. In an interview with an Oakland mother who doesn’t really know about electric cars and might have a different opinion, Lidia balmaceda. They were asked  about her opinion on electric cars and if they would be helpful to the environment. She stated, “I didn’t really know about electric cars but car companies might be going a little bit too far with technology. Electric cars might not even be safe at all but they can be helpful to the environment since they won’t be relying on gasoline. A problem could be where can people charge their car because in different areas of the world there might not be a spot to charge your car until you get to a city” (Balmaceda). She didn’t really know too much about electric cars but right away she thought about a battery and does it have to be recharged. This is a huge issue because each year a car company is going to want to release an electric vehicle and if there aren’t that many charging stations around electric vehicles won’t be able to help the environment as much and more cars powered by gasoline will affect us all.

http://www.businesskorea.co.kr/news/articleView.html?idxno=19982 For car image above

Read at https://money.cnn.com/2018/05/17/news/companies/electric-car-fire-risk/index.html for “Are electric cars more likely to catch fire?” Article by CNN

Read at  https://phys.org/news/2018-02-electric-cars-benefits-wont-money.html#jCp for “Electric cars have benefits, but likely won’t save you money” Article. By Dee-Ann durbin

In this interview I asked an Oakland mother about Electric cars. I interviewed them because they might not know too much about these vehicles and might have a different opinion. She also drives and owns a car so an electric car might bring something new.