Why Does Marijuana Get Such A Bad Rep?? 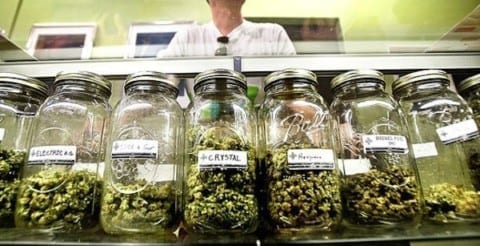 Why Does Marijuana Get Such A Bad Rep??

Have you ever wondered why marijuana has such a big stigma?people think teens using marijuana is bad. Based on the research and the people I have interviewed, the main reason marijuana receives such a negative reputation is because of the War on Drugs started by former president Richard Nixon and capitalism.

The reason the War on Drugs was started because of different political and racial groups and the governments need for a target to stay in control. According to Friday Garza in her article titled, Nixon advisor, we created the war on drugs to “criminalize” black people and the anti-war left, it states that,”The Nixon campaign in 1968, and the Nixon White House after that, had two enemies: the antiwar left and black people. You understand what I’m saying? We knew we couldn’t make it illegal to be either against the war or black, but by getting the public to associate the hippies with marijuana and blacks with heroin, and then criminalizing both heavily, we could disrupt those communities. We could arrest their leaders, raid their homes, break up their meetings, and vilify them night after night on the evening news. Did we know we were lying about the drugs? Of course we did”(Garza). Garza is explaining that President Nixon had no reasons to actually incriminate marijuana and that they knew they were wrong about the drug and they knew it was harmless. But, here comes the racial profiling part. Because marijuana was not harmful the president needed something or someone to associate the drug with so they started to use People of Color and Hippies and anti-marijuana propaganda to show how the harmless drug makes people murderous and turn them into aggressive animals so they wanted to use a group that at the time and even know are “known to be aggressive and rapists” based on the stereotypes. This is important because it shows how once somebody of higher power states something it automatically becomes the truth and people allow themselves to become brainwashed without any real evidence or factual evidence. This also allowed the administration to criminalize who they wanted to.

Secondly, marijuana has stigma because of capitalization. Drug companies are connected to the government so they did not want marijuana to be seen as medical. Doctors don’t give people marijuana instead they give them hard pills that destroy the liver, but cost money. The reason why is because the government and doctors think that pills are the “solution to everything” and that it’s “natural” .This quote from the CDC proves my claim and states that in ”1996 California voters approved Proposition 215, the “Compassionate Use Act,” to protect seriously and terminally ill patients from state-level prosecution for using marijuana as a medical treatment. This enactment reflects gradual norm shifts regarding marijuana’s acceptability, at least as a medicinal drug”(CDC). .This quote is addressing that in the 90’s, before 1996, it used to be illegal to smoke marijuana medicinally and legally meaning that people who needed medical marijuana to survive or for natural pain relief would have needed to take narcotics to ease the pain. This means that people who had cancer would need chemotherapy and would be criminalized if they smoked marijuana even if  the marijuana makes them feel relaxed and make them go to sleep. The indica strain makes people sleepy and it is a nice relaxing body high and it helps people with the vomiting and weight loss that comes with chemotherapy. This matters because it shows how marijuana in medicinal uses is extraordinarily beneficial. It is important to keep in mind that the government doesn’t use marijuana because pills make them the most money and had been used as shown by President Nixon as a way to criminalize people. Additionally, Jessica Assaf in Healthcare in American states, “What if medical cannabis patients want to use cannabis instead of opioids? Impossible. The rotating nurses on call in the Intensive Care Unit told me that cannabis use is forbidden at Sloan Kettering, the top ranked cancer hospital in the nation. Even in states with established medical cannabis programs, medical cannabis patients are prohibited from using cannabis in the hospital setting”(Healthcare in America). This shows how the hospitals even with medical marijuana being legal in the states and after this prop in 1996 still forbid the use of medical marijuana even for cancer patients and for those who are administered to chemotherapy. This means that the hospitals and the government is doing that because they want to capitalize off pills because they cost so much and they take a lot longer to start working. People will have to spend more money on harder pain killers and pills to get the desired effect which can lead to addiction. The reason this matters is because if the patient survives then the hard drugs can lead to an addiction meaning that the person would need more drugs to cure the addiction like Methadone which is used for recovering addicts.

In conclusion, the reason marijuana has so much stigma  was because of the War on Drugs that was started by former President Nixon and the  capitalism in the government. However, slowly this stigma is lessening. Today, we have made marijuana recreational which shows that criminalization rates will go down more people can benefit from its medicinal supports.

Heid, Markham. “Here’s What We Know About What Weed Does to Teens.” Tonic, Tonic, 18 Apr. 2017, tonic.vice.com/en_us/article/mgd5y4/heres-what-we-know-about-what-weed-does-to-teens-weedweek2017.

TONIC is a news outlet has said that use or marijuana in teens younger than 17 can start to develop memory and cognitive issues. On top of that student who use marijuana in middle school seem to perform less in an academic point of view. Also teens mood is altered with the consumption of THC. This source is credible because they are a unbiased news source and i watch vice on youtube and i think that they are credible because they look at both the conservative and liberal ideology

This article is talking about the fact that they knew that they were wrong about the war on drugs and that the only reason they made it illegal is because former president nixon’s advisor told the news how they had no real incriminating facts and that they knew that they were wrong about drugs. I believe this to be a credible source because i was searching the different articles and it shows everybody’s point of view on different topics and i think that it’s important to know our history and why drugs that are harmless are being treated as those that kill

Kaiser Health News. “Eat, Toke or Vape: California Teens Not Too Picky When It Comes to Pot’s Potpourri.” The Mercury News, The Mercury News, 28 Sept. 2018, www.mercurynews.com/2018/09/28/eat-toke-or-vape-teens-not-too-picky-when-it-comes-to-pots-potpourri/.

The news source I got this from id called the Mercury News and although it had a leftist point of view it has some really interesting quotes that i see as enticing and important. This news source does have liberal biases but i think the information is important and the fact that it shows the evidence i need.