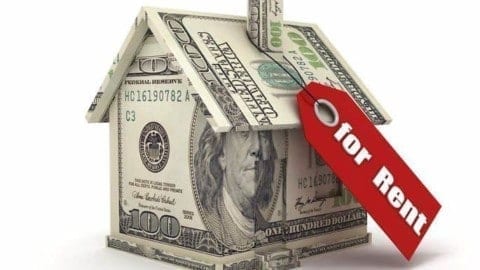 Rent change in prices has been affecting Oakland communities a lot because many people can’t afford to pay rent. Many people either get second  jobs or end up leaving their homes because they feel pressured because the landlord keeps increasing the rent prices. Landlords should understand that what they’re doing isn’t acceptable  because not everyone has wealth like them and they need to acknowledge that everyone has other bills to pay and is not all about rent.

An Oakland couple who have been living in Oakland for many years were  interviewed on December 11, 2018, Reyes Juarez and Maria Aguilar about how they feel about rent change over the past years and how it has affected their life. They stated that because of the change in prices they  “would have to go look for another home or live in the streets or most likely go back to our country and I also think that young adults get 2 jobs just to help the parents pay rent and they don’t go back to school” (Juarez). Then, they were asked, “Why do people end up leaving Oakland over rent?”, and they think that “People end up leaving Oakland because they feel pressured over landlords because they keep asking for more so people are forced out and I know a lot people who just goes back to their country” (Aguilar).  As you can see, when people get into this type of situation the first option they have is move to a different place when they are forced out from their homes and all the opportunities are gone.

Landlord double rents in the low income Oakland neighborhoods just so they can either get more money or force the people out so newcomers can rent and pay the higher rents they want  to be paid. According to an article by Tammerlin Drummond called “Landlord Doubles Rents in low-income Oakland Neighborhood, Sparking Tenant Protests” published on September 29, 2017 the writer  believes  landlords are doing this because “Landlords are trying to force them out so he can either charge higher rents or sell the homes for a profit” (Drummond). Landlords are only doing this for wealth and only profiting themselves.  The article also talks about a family who has been pressured by the landlord to pay more or else they’ll have to move out. Tammerlin interviewed Jorge Rojas who was being pressured by the landlord, and he started to look for another home “but landlords want first and last month’s rent; a deposit, I looked at one place, and they wanted $30 a month for pet rent” (Rojas). It’s really noticeable how the landlords are taking advantage of low income people to keep asking for more because no one can stop them. This is really unfair because now people have to pay for pets and people have many other bills to pay.

After all these experiences, Hugo Perez is an undocumented immigrant from Mexico who is currently living in Oakland with 3 kids and a wife. He was interviewed on december 12, 2018. Perez said that rent has affected him because now “I have to work two jobs that pay the minimum wage salary this is a lot of stress because It’s not enough, barely enough to buy us things for my family” (Perez). It’s shocking to see people getting paid the minimum wage salary jobs because it’s not enough. Another article by Sam Levin called “Report: Oakland Median Home Sales Price Jumps 76% in One Year” published on September 25, 2013, points out, “The median home sales price in Oakland skyrocketed a whopping 76% over the last year”. 76% in one year is a huge amount for a lot people especially low income people of color because they are the ones who get paid the minimum wage salaries. Also,  San Francisco used to have higher rents but now Oakland is taking over because San Francisco buyers are starting to come over since Oakland market was more reasonable.

Where should all the money go to? “OAKLAND HOUSING AND COMMUNITY BENEFITS” is an article written by Public Advocates Making Rights Real, it speaks about where all the rent money should go to. It states, “The goal is to create more homes that families can afford; better jobs for local residents; protections for tenants facing rising rents; and more frequent and affordable bus service that gets people where they need to go.” This is a acceptable cause because the money will be used to make better housing and is about capturing land value for the public good, Preventing displacement, Increasing access to resources, Addressing community needs, and Building and honoring community power. This is a positive cause but will only benefit people with power. Wealthy people will be enjoying all the benefits rent money has done. This is all true because better jobs or better housings are just for people of power. People who are undocumented barely get accepted in any job and they barely get paid the minimum wage salary or even less.

As shown through these interviews and the research, landlords are really impacting a lot of people’s lives since they are the ones with power and telling people how much amount to pay. And, they are taking advantage of the residents because they can’t do anything about it. But, When people  want changes they have to organize to make a law that helps low-income people. This is what our community should do so their voices are heard and they can make a change that will benefit everyone.

Bixler, Barron. “Oakland Housing and Community Benefits.” Public Advocates, Public Advocates, 30 June 2016, www.publicadvocates.org/our-work/housing-justice/affordable-housing/oakland-housing-community-benefits/. This source is credible because it’s about what the rent money is being used for.

Perez, Hugo. “Interview with Hugo Perez.” 12 Dec. 2018. The discussion was about how rent change has affected Hugo Perez. This person is credible because Hugo Perez is an Undocumented man with a family.

Juarez, Reyes. “Interview with Reyes Juarez .” 11 Dec. 2018 and discussed about How rent has been really affected Reyes Juarez and HIs wife Maria Aguilar. This person is credible because this couple are Oakland residents who can’t find a comfortable home where it is better.

Drummond, Tammerlin. “Landlord Doubles Rents in Low-Income Oakland Neighborhood, Sparking Tenant Protests.” East Bay Times, East Bay Times, 29 Sept. 2017, www-eastbaytimes-com.cdn.ampproject.org/v/s/www.eastbaytimes.com/2017/09/29/a-tale-of-two-cities-piedmont-investor-doubles-rents-in-low-income-neighborhood-sparking-oakland-tenant-protests/amp/?amp_js_v=a2&_gsa=1&usqp=mq331AQHCAFYAYABAQ==#referrer=https://www.google.com&_tf=From %1$s&share=https://www.eastbaytimes.com/2017/09/29/a-tale-of-two-cities-piedmont-investor-doubles-rents-in-low-income-neighborhood-sparking-oakland-tenant-protests/. This source is about landlords and how they been affecting people by pressuring them to pay more.This source is credible because it talks about how landlords have been raising rent change in low income neighborhoods in Oakland.