Gentrification is Hurting Us

Home 2019 January 8 Gentrification is Hurting Us 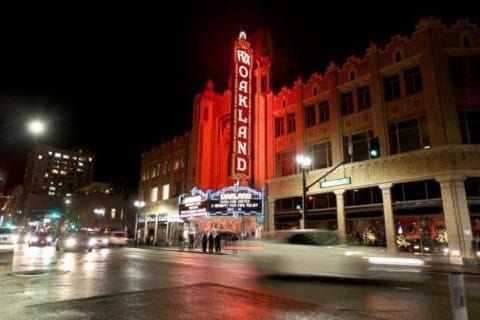 Recently in Oakland it has been more apparent that people are moving out and others are moving in because of gentrification. Gentrification happens when a group of people with more money come into a low income area, and usually when this happens rent starts to go up and new businesses and people start moving in. Due to gentrification some people become homeless because they can’t afford their rent or their building is being sold so that other apartments can be built in their place but for a higher rent cost.

After talking to Oakland locals, people are moving here because they have found it cheaper to live here compared to San Francisco. When talking to an Oakland resident about gentrification Joneta Archibald shared that, “I spoke to a women today who paid $3000 for a studio apartment in San Francisco. Like $3000 in SF for a studio vs. $2500 for a 2 bedroom in Oakland plus you can get a roommate” (Archibald). Maybe people are just coming over just because it is cheaper. But are the people moving in aware of what they’re  doing to the people who already live here? Do Oakland residents know what is happening? An Oakland youth, Jasper Willson, responds, “I wouldn’t have known that this was going on in my community if I didn’t learn about it in class” (Willson). Gentrification is not being explained clearly in the news and the only way that people are finding out is in school. At least students can tell our parents and family but what about others?

But besides the fact of landlords raising the rent on Oakland residents why is the city of Oakland allowing it? Probably because they are trying to push the low income people out and get the people with more money in. When asking Willson about what he thinks he says,“In my opinion I think people are starting to care less about what happened to the poor people of Oakland”(Willson) . In some ways this is true if the city of Oakland cared about Oaklands citizens they wouldn’t raise the rent or sell building off. After looking on the CIty of Oakland’s main website there was results of how much rent has been increasing and decreasing over the years.

By looking at this graph rental price have gone up and down. But clearly looking at the more recent years (2015 – 2018) the increase was outrageous for some people maybe for others it is still affordable. While talking to another Oakland resident who wants to be anonymous has told me, “Like there’s an apartment across from mine and it used to be full of African Americans/ Asians/ Latinos. But recently white people have been moving in and the others have been moving out.” After she said this it shows that other Oakland residents can’t afford to live here and it’s clearly because of the rent increase. To add on to that she also said, “Plus I think there are homeless now because and few days later a guy came to my apartment building saying he was selling stuff for money cause he has to move out and now he doesn’t have anywhere to live there and I don’t see him anymore.” This shows that due to the rent increase someone has lost their home and now has to sell stuff just to get some money to find somewhere else to live,it’s sad how the City of Oakland is allowing theses rent increase to push people out of their home. But then the City of Oakland has the audacity to say we have to many homeless people in Oakland, like Oakland is making this problem and they are not owning up to it. If only there was affordable housing there would be less homelessness.

But maybe Oakland is benefiting from this rent increase as well as landlords. The way Oakland is probably benefiting is that they can use the money to bring new things into the community which is good but they are  affecting people as they do it. Somethings that residents have noticed is that there are Lime scooters/bikes, bird scooters, and other new scooter companies though they good for the community others might not feel like this is not accessible for residents. First you to have a phone to access the app which not everyone has, then you have to get the app and use a debit/credit card to pay and for people who don’t have a bank account how are they going to use it? But for the people who do have it and pay for it they are giving money to the company and to Oakland. On the other hand landlords are benefiting from the rent increase cause they get new residents who pay more which leads to them getting more money in there pocket.

In conclusion, if Oakland had more affordable housing there would be less homelessness and hopefully less gentrification to prevent more people from getting kicked out their homes.

We talked about the rent increase she has seen in Oakland and how people who have to move out of Oakland due to it. I believe she is a credible source because she’s been living her since the 70s and she has seen the differences over the years.

He is a student who used to go to Life Academy middle school but currently goes to __high school In my opinion he is a credible source because he has been here since birth a is a strong eye witness in Oakland.

This source was about the rent increase in Oakland and how much prices have gone up over the years. The city of Oakland is a trustworthy source because it is the official page for our city and it is a .gov page which means government.