Gentrification is a “Slap In The Face”

Home 2019 January 8 Gentrification is a “Slap In The Face” 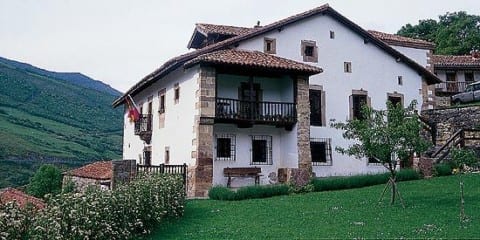 Why does gentrification make residents of Oakland think something is “too perfect to be true”? Building people’s hopes just to tear them back down, Gentrification is a trap to lead and trick original residents of Oakland with false perception of what Oakland might be in their community because it sets original residents up to fail because of rent increase and increased stereotypes towards them.

The first reason why gentrification is  “ a slap in the face” is because of the rent increases and pricing people out of their community and home. In Oakland, the medium two bedroom rent was $2,267, up nearly 3.7 percent when its only supposed to be increasing by 1.0%. This graph below shows some evidence of the rent increasing in Oakland. 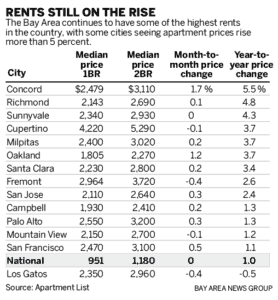 As more streets in Oakland become gentrified, the prices for homes will continue to go up to keep the new apartments updated, and, make it difficult for Oakland residents to pay rent. This will eventually put Oakland’s original resident out on the streets, or may even force the residents to move to another state. Also, Karla Mitchell who is a residents of Oakland for 49 years stated “it’s not fair for the rent to increase by such a large amount because some people who are physically and mentally sick are not able to take care of themselves to do any better to keep up with the changes of today’s demands”( Mitchell). Also, some families that only have one provider in their home have to take care of their own kids and might not have enough money to provide food and pay this expensive rent.

Beyond these fair prices gentrification is also a “slap in the face”, because as the city change the rent prices, new community members are increasing the stereotypes on the original Oakland residents(African American population).

And since the residents are not able to afford the cost of the new houses or apartments, they’re forced to be evicted from their homes because they’re not able to pay rent. In an interview with a resident of Oakland for 24 years Mr.Jones, stated that when residents get evicted from their homes it makes it look as if the residents that are renting the apartments(African American) don’t work, or look for hand outs because they’re lazy and he doesn’t like that. It’s not that the residents don’t work, it’s that the jobs are not paying the resident enough money. If the rent goes up than the amount of money that the workers get paid should go up, so the resident can keep up with today’s changes. The reason it may look as if the Oakland residents are looking for hand outs is because there’s a stereotype that Oakland’s African American residents only live on welfare or housing authority, which is for people who acquire help paying their rent by the government. So it seems like the residents don’t want to work but just want things handed to them. Also it make it seem like the residents of Oakland(African American) are destructive and that’s why they had to re-model the homes. They’re already stereotype that Oakland residents(African American) are definite and ruinous.

This source is credible because it shows a map of where these apartments are in Oakland and people able to look at others new apartments built in Oakland CA.

This source is credible because it showed someone came and updated the news to make sure everything was accurate.

Mr.Jones is credible because he has seen his own town go from home to being gentrified. I also chose Mr. Jones because he has been a resident of Oakland for 24 years.