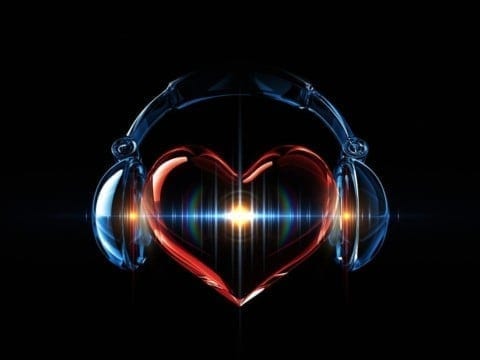 As some may know, music programs are being cut in Oakland’s public schools. Why ? We all ask that question. Should music programs really be cut ? Does music benefit or hurt students ? We all listen to music, right ? Does one think that music helps them while feeling down, or make one happy or feel better ? Does music bring out the best in people and help others be involved in the community ? Is culture involved when someone thinks about music ? What do people think when they hear the word Oakland ? Does culture and music come to their mind ? Does music benefit the students ? These are all questions Oakland should be asking itself in the wake of cutting music programs. This will be about how music programs actually benefit the Oakland community and the importance of having music programs and music classes in schools.

Having music programs is a MUST in public schools because it benefits Oakland schools and the student success by also releasing stress from the students. Students would also have a class to look forward to and can have a place where they can show people some hidden talents they might have or might find out they have throughout the class. A video involving the organization, Cisco, which is a technology organization that helps with the toughest social problems and environmental problems that are happening right now to help the impossible be possible, published a video titled, “Cisco & Live Nation: Music Education Takes the Stage” it talks about how music programs actually benefit the Oakland community and public schools in general. The interview and whole video takes place at Oakland Technical High School, and they interviewed Scott Goldman the GRAMMY Museum Executive Director (GMED), who said, “When it comes to funding music programs in America’s public schools no one seems to be listening. Schools with music programs have a 10% improvement in attendance rate. A 17% spike in graduation and students involved in these music programs score on average 107 points higher on the SAT” (Goldman). So, having music programs in public schools actually benefits the student themself, not just the student but also the schools and all the teachers because if music programs were to be intact in schools, the attendance would go up and the SAT scores would go up as well. Not just that, but graduation rates go up which means more students graduate high school and are able to get better jobs. What if all schools had music programs ? Would school be a place where students are looking forward to going to and a place where they feel like they have a class to actually look forward to and a class where students might feel like they can express themselves and show people some hidden talents that they might have. Or can they find that calling to music ? YES. An educator who works in Oakland Unified School District, Hillary Walker, who works at the high school, Life Academy of Health and Bioscience agrees with Cisco . Hillary explains, “I think for one that there are kids who are like musically gifted that they don’t really get to explore or expand on those gifts but I think that vast majority of kids just need exposure to music” (Walker). This shows that some kids could be musically gifted but because some schools don’t have access to those music programs they don’t really know if music could be their calling for the future, or if they actually enjoy making music or playing any instrument. Being able to learn to play an instrument or actually learning to read music can be a really exciting skill to learn and may be able to help in future references.

Another reason students benefit from music programs students is when they are stressing out or have problems at home music can be an outlet. In an interview with an Oakland Resident who had a music class in his High School and learned many different instruments, Edgar Jimenez, he stated, “A lot of students aren’t going to have a place where they can go and do something differently or do something with their hands, something creative, being stuck in a classroom for a whole bunch of hours and basically staring at a whiteboard listening to somebody talk, writing it’s very monotone, having a music class or an art class really just like takes stress out of students and helps them think creatively and think differently than sitting in a room writing, listening, watching” (Jimenez). Does one think that students should have a place to go to and do something different then just have the same routine everyday and go to class and stare at whiteboard for hours ? What Edgar said about how students need a place to go and be creative proves that music programs or music classes in school helps students because it helps them destress. It’s something different than sitting in a class for hours and doing the same assignments and learning about the same unit for a long period of time. Oakland schools could really benefit from music programs because music could be a coping mechanism for the students who are dealing with stress and maybe could be dealing with issues at home. To continue, music class could help students through a difficult time in their life. In an article titled, “How Music Nonprofits Bridge the Budget Gap in Oakland Schools” by Nastia Voynovskaya, a writer with many different articles on many trustworthy sources, including, San Francisco Chronicle, VICE, Paste Magazine, Bandcamp and SF MoMA Open Space, she discusses how there are many schools in the Oakland community who don’t have access to music programs and so there are different organizations who go around the Oakland community and help schools who don’t have music programs get those music programs. She interviewed a music teacher at Westlake Middle School in Oakland, Randy Porter, he states, “I feel like the biggest part of my job is being a psychologist. I gotta teach music, but there’s a lot more,’ Porter said when he gets a moment to break away from his class. ‘More than half of our students come from a traumatic home life’” (Voynovskaya). So let’s say that a child was someone who came from a rough home and had a difficult time at school, if music was  the only way to help the student does one think one would let one’s child join any music programs ? Music could be the most efficient way to help a student through a difficult time because not just does music help destress the student it also helps them with keeping them focused on something else other than the issues they may be facing at home.

Some people may think that music programs are useless and don’t have a place in the education system. Music and the arts in general have a place in the education system because music helps young people have a safe place where they can go and show a skill they have or learn a new skill. Not just that but in high school we have the A-G requirements to get into college and one of them is the arts. We need credits in the arts in order to get into UC’s. If we don’t have any kind of the arts in high schools and want to go to a UC, how are we supposed to get the credits for it ? Music helps in many different ways, just because it’s music doesn’t mean that it is a waste of time, and should be cut from schools in Oakland. Music belongs on Oakland schools in order to benefit the student in a different way then regular classes do.

In conclusion, music programs should be in schools and music most definitely benefits students and the teachers. Music doesn’t just benefit the schools and the students in them but they also benefit the community around them and the people who are around the community. Music definitely has a place in the educational system which is what some people just don’t understand because they think it’s a waste of time. Do you think music classes and music programs should be in schools ?

This video shows how music actually benefits students and how attendance rates go up and so do SAT scores. This is a trustworthy source because they interviewed a person who has a personal experience with music and is ready to talk about music and the benefit of it and how music should be in Oakland’s public schools.

In the interview we discussed about how music classes or music programs actually helps the students instead of sitting in a classroom for hours and just staring at a whiteboard, reading and writing. Edgar is a credible source because he is an Oakland Resident and he actually got to be in a music class when he was in high school and saw how music actually benefited him.

This article talked about how there are organizations that go around to schools in Oakland and helps them start a music program. This is a trustworthy source because Nastia has published many other stories on other trustworthy sources like San Francisco Chronicle, VICE, Paste Magazine, Bandcamp and SF MoMA Open Space.