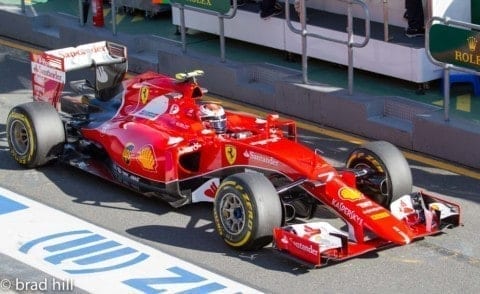 We are currently only three races into this 2019 season and it has been quite exciting already. During the Australian Grand Prix the middle pack, which consisted of Daniel Ricciardo with Renault and Alexander Albon with Torro Rosso, had an interesting start to the race (Formula 1, “2019 Australian Grand Prix: Race Highlights”). Riccardo tried to go around the outside of the track to pass a Racing Point driver and ran over a patch of dirt on the grass and his whole front wing fell off. Now in most cases when your front wing is completely gone you retire the car for the race, that’s what Riccardo had to do. He was joined by Romain Grosjean of Haas and Carlos Sainz of Mclaren. The Australian Grand Prix was the first race of the season and it certainly did not disappoint. After losing last year to Sebastian Vettel, Lewis Hamilton started the season off strong with a win in Australia.

I love sports of all kinds as much as the next guy. I have never been very familiar with the Formula 1 racing world. I love your enthusiasm and obvious excitement for all these events. However, as someone who is not completely familiar with the finer intricacies of this sport, I believe this article could be even more fun if you explained why these events are so thrilling. If you gave a bit of background on the Formula 1 racing scene, who the drivers are, and what the stakes were at this particular event, I would be even more invested and entertained. Other than that, I found this article very fun and descriptive.