Writing a proposal to solve a problem

Home 2018 December 21 Writing a proposal to solve a problem 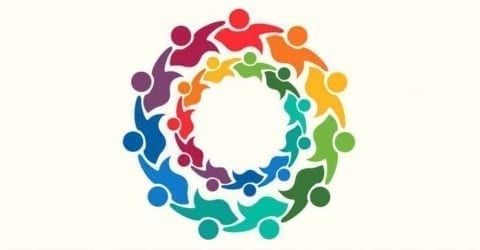 Data has shown that tolerance levels are declining and are extremely low in most parts of the world.  “Ask the British if they think they really are a tolerant people…and a majority (53%) agree. That may not sound emphatic, but the equivalent figure for France, Italy and Spain is around a third. In Hungary it is just 16%. Among the countries that have the strongest sense of national tolerance, though, are Canada (74%), China (65%) and India (63%)” (BBC). This quotation is an example of how the percentage of tolerance in countries around the world tend to be on the lower side. Many people in Britain also believe that they are a very divided people. Additionally, more instances of hate crimes are emerging, “high levels of hate crime have subsequently been identified; Muslims are reporting attacks, mostly assaults, once every three weeks. Rotherham’s schools appear to be becoming increasingly divided on ethnic lines.” (BBC).

There has been an increase in hate crime levels since 2014. To combat this issue, teachers are starting to educate students on this topic. Teachers are implementing lessons on methods to promote mutuality between peers and to hopefully help reduce hate crimes in the future. “With immigration [being] a frequent topic in the news, school leaders and teachers can capitalize on the natural diversity in classrooms, not only by teaching students to be accepting and welcoming to classmates from other cultures and nations, but also by using these opportunities as springboards to help students gain a broader understanding of the world around them and become more tolerant of other cultures and ideas.” (Educationdive). Educators are accomplishing this by creating events like world fair days, so that people can explore other cultures within their own community. Teachers are also helping guide students to be more accepting of others. Ensuring kids have a good understanding of those around them will help to reduce intolerance. Another method on how teachers can incorporate tolerance into their lesson plans is using dual-immersion language programs and and having students study the impact countries have on one another. “Communicating economically, linguistically and culturally” helps to acknowledge the strengths each country, culture, and person has to offer (Educationdive). I believe that every school should incorporate programs such as these in their curriculum. It is very important to understand others and where they come from. Implementing lessons like these will help kids to learn this early on.

Educators are also having students read books and watch movies about varying nations and cultures (Edutopia). This is a simple way to incorporate diversity into everyday life. It’s also important to create a welcoming and safe environment in the classroom. When students are in a more comfortable space they are better able to express themselves and tend to be more caring towards one another. When dealing with tolerance, starting small and thinking globally is the way to go. Celebrating tolerance locally and teaching youth about acceptance, will eventually spread more widely and will become a more common practice for future generations (Edutopia). Some might argue that these methods are a waste of time, however I believe this topic is worth the effort. Ensuring that students from different backgrounds are working together helps to employ stronger relationships between people for the future. This will help to reduce hate crimes, racism, and other forms of discrimination.

In cases of promoting tolerance, education is a key solution to turn to. Children need to learn open mindedness at a young age and be immersed into other cultures in order to become familiarized with diversity. Educators play a major role in teaching students about equality. Teachers have the ability to substantially impact students’ views on diversity and the acceptance of one another. By celebrating these ideals students are able to be tolerance more fluidly.

Writing a proposal to solve a problem by Raine is licensed under a Creative Commons Attribution-ShareAlike 4.0 International License.