Is increased individualism standing in the way of true justice and unity?

Home 2018 December 21 Is increased individualism standing in the way of true justice and unity? 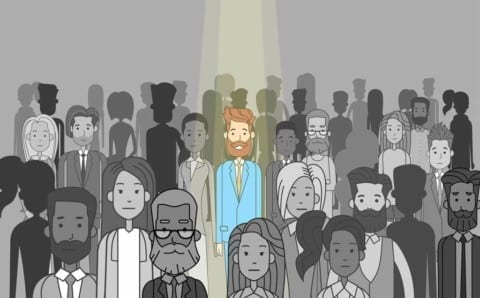 In recent years, individuality has been on the rise. New technology and societal norms have encouraged the individual to seek new forms of expression and self-representation, and “we appear to be entering a disorienting new era of hyper-individualism and radical diversity,” (Lonely America). However, as new generations enter society, the stability of individuality and conformity has been slowly pushed out of balance. Today, individuality is the defining aspect of a person. Because each individual strives to be different and independent, common ground on critical societal issues, such as justice, is falling away. Radical individualism is making compromise impossible and tearing away at the fundamental unity and justice that holds society together. Individualistic views blur the definition of the rudimentary ideals of society because no common interpretation can be agreed upon. Modern humans rely more on themselves than their fellow man to understand the world around them. Because of this, the once tight societal bond between individuals created by similar opinions and like-minded ideas has dissolved into discord.

This new sense of hyper-individualism is considered an essential part of the modern worldview. What people do not understand is when there is no stability and conformity between communities of individuals, the fabric of society starts to crumble. Sharing a standard definition of a fundamental principle, such as justice, holds societies together. According to the article ‘Social Justice’ is Overrunning the University of Texas, justice is “…a hypothetical social contract” which gives people a shared sense of morality and purpose. However, justice is a slippery idea, constantly changing from culture to culture and person to person, continually evolving and adapting to the whims of the individual. When divergent ideas of justice emerge from the new extreme individualistic way of life, there is nothing that holds the fabric of society together, and the threads begin to unravel. Chaos and turmoil ensue. Similar ideas are what bind communities together. Without a shared sense of justice, the bonds of society weaken, fractions breakaway, and human connection is lost. Such effects disrupt the purpose of society: to protect the people within it. “We have liberated our desires from want of choice and given voice to our own identities. Just a glance at our phone instantly widens the horizon of our self. Yet this freedom has come at the cost of our cultural and economic order,” (Lonely America).

The only way to guarantee the continued stability of a peaceful society would be to encourage uniformity among all citizens. “Without conformity, where would we be in the world? Without millions of conforming graduates entering society every year to form the grist of the modern commercial/industrial/military complex, how could we function?” (Conformity and Learning). Conformity and uniformity also guarantee a just society. “‘Social justice’ is a seemingly innocuous term with no established definition,” (‘Social Justice’ is Overrunning the University of Texas). However, if individual ideas are eradicated, the concept of justice stabilizes. In our society today, justice for one man is tyranny for another. If all humans believe and think the same way, justice for one is justice for all.

The key to undoing individual ideas and creating similarity is through education and indoctrination. To construct a society of like-minded people who accept a single definition of crucial concepts, it is important to catch minds at a young age. With the right education system, a young mind can be taught to accept the standard definition of justice and other such vital concepts. “Education is all about conformity, it is the institution of conformity,” (Conformity and Learning). Schools will be the factories of the perfect citizen, and, “Like any good factory system, checks and balances, quality control and quality assurance are built in to ensure consistency in the product,” (Conformity and Learning). The emerging perfect, conforming citizen will no longer disrupt society with nonconforming views. As long as there are checks to keep individual thought in line, conflict will cease to exist.  Though some individuals resent the idea of schools acting as an assembly line, it is in fact what they do. Such a system is not necessarily a bad thing. They equip students with the skills required to succeed in a particular society. Because the system is consistent throughout the nation, students have equal chances of success as they are receiving the same tools as everyone else.

However, such drastic actions are often negatively regarded. People are unwilling to implement a system that destroys individual thought and individualism. One article suggests “… there is no creativity in a place of conformity. The loss of individual creativity and genius through our mass education system, with conformity being the central tenant, is unimaginable,” (Conformity and Learning). What they fail to consider is that it is the variations in human creativity that brings inequality and injustice. If everyone conformed to a set standard, the chaos created by individual talents would cease to exist. No one would be ostracized, and no one worshiped. It would be a society where everyone coexisted without issues. It is clear to me individualism is the root of injustice in society. The school uniforms we wear are a good start to rectifying this growing concern.

Is increased individualism standing in the way of true justice and unity? by Abigail is licensed under a Creative Commons Attribution-ShareAlike 4.0 International License.