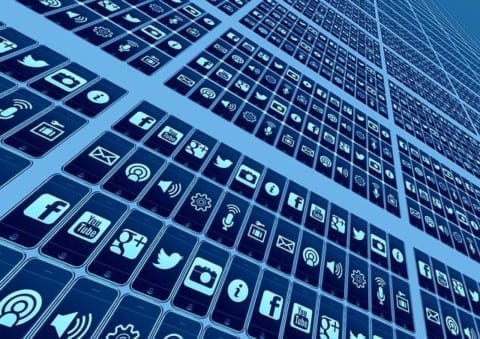 Phones, cameras, computers, drones and satellites. All of them are exciting new gadgets that have arisen in the past 10-50 years. While it might be exciting to think about these new innovations, our devices are collecting data from us all the time, whether or not we want them tracking our every move.

The Fourth Amendment of the U.S Constitution states that “The right of the people to be secure in their persons, houses, papers, and effects, against unreasonable searches and seizures, shall not be violated”. This statement in our constitution implies that Americans have the right to private lives, unless they have broken the trust of the government. However, in 2018, the height of the technology era, the government is abusing the Fourth Amendment by watching innocent citizens when in fact they should have no reason to be suspicious of us. Although some technology is necessary for keeping us safe, we are being tracked 24/7 through gadgets, and the data is used by large corporations and the government even when they should have no access to our personal lives. Therefore, because lack of privacy is unconstitutional by violating the Fourth Amendment, we as Americans need to protect our implied right to privacy by demanding stricter laws against unwarranted surveillance.

Cameras are taking pictures of us all of the time, whether or not know they are present. National Geographic looked deeper into exactly how much people are being tracked.  “We may well be photographed at unsettlingly close range perhaps dozens of times daily, from lenses we may never see, our image stored in databases for purposes we may never learn. Our smartphones, our Internet searches, and our social media accounts are giving away our secrets”(Draper) found researcher Robert Draper. We are being tracked all of the time, and may never know what our data is being used for. This is alarming, because it is almost as if we are being used as numerical statistics rather than seen as human beings. This lack of privacy infringes on our individuality, because we feel as though we must behave in a way that the government will approve of. It also gives the government more control over us because these gadgets allow them to see inside of our private lives, a luxury that becomes more accessible to them with every new innovation that pops up in the technology world.

Not only do Americans have to watch their physical privacy, but we also have to watch our online presence. Patrick Tooney, a journalist for ACLU, took a deeper look into a secret government program called PRISM, a way of tracking Americans online.” In reality, it uses PRISM as a backdoor into Americans’ private communications, violating the Fourth Amendment on a massive scale.” Tooney explains. “We don’t know the total number of Americans affected, even today, because the government has refused to provide any estimate”(Tooney). The PRISM program proves that the U.S. government, as well as major corporations it is partnered with, are unlawfully invading American privacy rights without consent from the citizens. This is such an issue, because the government can read every private communication that happens online, see everyone’s search history, and even track your location on your phone.
So how can we prevent this invasion of privacy as Americans? One solution has already been in place in other parts of the world. Brendan Dougherty, a journalist for National Review, explains how some countries are ahead of the game on enforcing privacy. “European governments have jumped ahead of the United States, and passed regulations forcing tech companies to do a more thorough job disclosing the type of spying users allow”(Dougherty).  He then proceeded to explain how large tech companies and the American government can gain access to people even if they don’t have a large internet presence. This new law states that users must consent to their data being used before companies have access to it, contradictory to the United States where unwarranted data is collected constantly. If we can have stricter regulations on large corporations in America, then we will be more secure online, and therefore keep the government’s noses out of our personal lives, as they have no reason to intervene unless a citizen is suspected of a crime.

While there isn’t much that Americans can do about security cameras everywhere, it would be a step up for our consent if the government could inform citizens when they are under surveillance. Obviously it is implied that there will be surveillance in public places, but the government should have to issue a warrant before they fly drones or satellites over people’s houses to collect data, or track citizens’ locations on their mobile devices.

Americans may think that it is impossible to fully gain their right to the Fourth Amendment in 2018, especially where new technology is emerging every day. However, in order to put the solutions listed above into place, I need your help. In our democratic nation, we have the power to stand up for our rights, and therefore regain our stolen privacy. Please sign petitions for stricter laws against high tech corporations who are unlawfully using data, and raise awareness about 24/7 surveillance. If we give the government too much access to our lives, then they will begin to impose on our rightful life, liberty, and property, and take control of all citizens until we are nothing but their slaves. Please join me. We must stand up for our Fourth Amendment rights and preserve our privacy, or we will become meaningless subjects of government control.