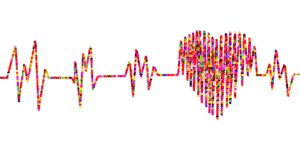 In this poem I wrote it was about sexism in our society and how it connects to Romeo and Juliet. In my poem its Females and Males against each other while in the book Romeo and Juliet it was the Montagues against the Capulets. I hope you enjoy my poem!

Both have differences that make them different from each other.

Mostly in stories it’s the rich people versus the poor people.

What makes Males seem more superior is that they have more

Privilege than Females do.

While males get portrayed as leaders

The wars/fights these two genders have

Is with words and actions.

Their mouths are guns

Their words are bullets

That hurt each other.

Since they are rivals all they can have is hatred

But no room for peace.

How long will this conflict keep on going?

When will they realize that it’s better to come together and create peace.

Rather than to be separated from each other like if they

Were Romeo and Juliet.

Positivity in the world and bringing down people especially us females

We should all come together and make a change in society

That will make peace sprout

And hate be unknown.

Who should not be selfish for power or to be seen as better by putting others down.

That encapsulates us from a better society.