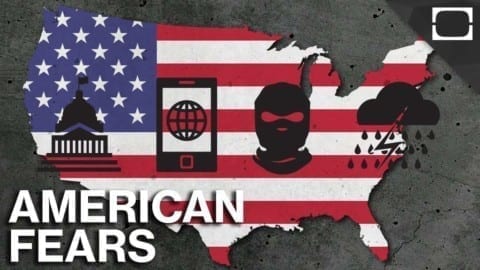 Fear is one of the biggest things that lives in America all of the time, it’s also a main thing in the book that I’ve read ‘Behold the Dreamers By Imbolo Mbue.’Fear is feeling threatened, useless, scared terrified. One of the  biggest fear that a lot of people have is flying, because of what happened September 11, 2001, the traumatic attack on the Twin Towers in New York City, so they think of all of the possibilities and that could happen to them. More “fears that live through Americans is the government, environment, environment, terrorism, health, natural disasters…(Chapman University.)”Nowadays fear lives in schools and with the students that attend there,  but also their parents that are away from them thinking that school will be a safe place. Now the parents at home that have had a shooting at their child’s school “try to cope with what is or isn’t happening (Nicole Spector.)” They fear that out of nowhere there could be the next shooting. Fear that if they talk about someone they could be the next person, the next ‘victim.’ There are a great amount of things that people fear, but there are too many that live in America to tell which one is worse. In Behold the Dreamers the main fear that they had was getting deported, which is most immigrants biggest fear. They try to hide this fear by obeying all of the laws, not getting into trouble in any way.

Spector, Nicole. “Schools and Guns: How Parents Can Ease Their Own Fears about School Shootings.” NBCNews.com, NBCUniversal News Group, 2018, www.nbcnews.com/better/health/school-shootings-how-parents-can-cope-their-own-fears-anxieties-ncna908276.