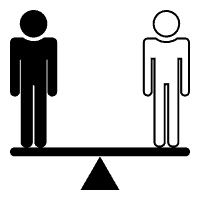 As Americans we shouldn’t judge people based on their race. Everyone has so much to offer but as a society we can’t see that if we are too busy focusing on what everyone looks like. We can come through everyone’s differences and we could accomplish so much as a society (American Creed). Everyone has a different perspective so if we take in everyone else’s accounts as well we could make society so much better for everyone (American Creed). Nobody should be judge on what they look like. But society does have stereotypes based on people’s races, but we shouldn’t focus on them because everyone has different values that they bring to America.

If we didn’t have diversity in America then society wouldn’t be shaped how it is now. “The land that’s mine-the poor man’s, Indian’s, Negro’s, ME- who made America,” (Hughes 10). Hughes is explaining that everyone has contributed to shaping America. If America was shaped from diversity then why are people being treated differently because of their race? Everyone should be valued and their opinions matter. Just because someone doesn’t look like you, doesn’t mean they are less important than you.

Society has been flooding us with stereotypical beliefs based on people’s races since we were young. The hate society gives us at youth will end up hurting everyone (Thomas 17). Angie Thomas was explaining that how we see the world as kids shaped how we see it as adults. We aren’t born with any mindset. Everything we know is either learning from another person or learning from our own experiences. What we learn from society and people in our lives affect what we believe in the future. If we get hate from society and don’t feel safe then what we give back to society will be negative. But if society treats us fairly and we feel safe then in the future we will give back to society in a positive way.

But another big problem in America is that some people are still living in a segregated world. We have diversity in America but diversity isn’t just having a lot of different people in one place but also having these different people interact with one another. However “68% of whites say they socialize with people who are mostly the same race as them” (Agiesta 9). If everyone doesn’t socialize with a diverse group of people then everyone would stay segregated. “Younger blacks and Hispanics are more likely to say they have a diverse social class and neighborhood” (Agiesta 10). All of society needs to have an open mind about who we talk to and interact with. If we judge people based on what they look like then no one would ever talk to different people, we would just stick with people who are the same as us.

America is supposed to be the land of the free, but does everyone in America feel free? Some people don’t feel free because they feel like everything they do is being judged by the whole world. “Who said the free?  Not me? Surely not me? The millions on relief today? The millions shot down when we strike? The millions who have nothing for our pay?” (Hughes 8). Langston Hughes was trying to explain that even though America is free a lot of people don’t feel that way. The people who don’t feel free are mostly minorities and it’s because they are being treated differently. Even famous people, who are minorities, get criticized for what they do or say.

No one should be judged based on what race they are. We shouldn’t listen to stereotypes that society has or think that we matter more than other people just because they aren’t the same as us. What matters is what we think and value not what we look like.

Thomas, Angie. The Hate U Give . Balzer+Bray- Harpercollins Publishers, 2018.