School Shootings on The Rise 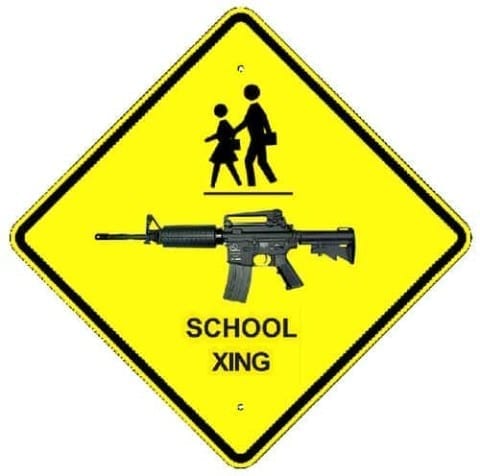 Sadly, school shootings seem to becoming more and more of a trend ever since the Columbine shooting almost twenty years ago. School shootings have resulted to teens feeling unsafe in school, and have led to an increase of security in high schools. However, one safety measure that has been failed to put into action is the ban of firearms. Students would feel much safer at school knowing that not everyone would have the access to a gun.

Students are feeling a need to get involved by advocating for stricter gun laws by taking part in March For Our Lives. This organization holds rallies and protests throughout the U.S. in pursuit of gun control. One particularly passionate sutdent lost one of her friends in the Parkland shooting. She said that by getting involved with March For Our Lives, she found her political voice. “All you need to do is vote for people you believe will work on these issues, and if they don’t work the way they should, then it is your responsibility to call them, organize a town hall and demand that they show up — hold them accountable”, she states. She encourages everyone to get involved in politics to create change.

The ‘domino effect” of school shootings only continues, and students aren’t the only people upset. Celebrities are also taking a stance. Kesha write and preformed and wrote a song after the Parkland shooting in 2018. The song is called Safe and was written by her and her younger brother, Sage Sabert. The lyrics were about safety as a bare minimum requirement from going to school. “I don’t wanna be a moment of silence, I don’t wanna be an early grave, When I’m walking through the halls, I don’t wanna be brave, I just wanna be safe,” they sing. Students who leave for school every day should expect to return home every day. This also shows how celebrities can use their platforms to influence others.

Overall, school shootings have been growing in rapid popularity in the U.S.. It is universally agreed that we cannot afford to lose more lives to gun violence in schools. From students to celebrities, people are taking a stand against gun violence.