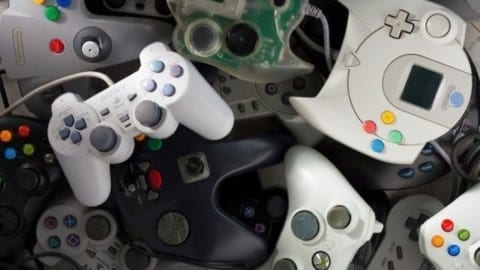 When looking at the evidence and scientific studies, it is hard to deny that there is some correlation between playing violent video games and aggressive mentalities. However, the real debate comes when discussing the importance of such effects. How can we measure the importance of that shift in mentality along with other life factors to determine the real effect of video games? An article in Psychology Today titled “The Truth About Violent Video Games and Kids, Part 1” points out that,“What’s even more surprising is that researchers on both sides of this controversy generally agree that the size of effects of violent video games on thoughts, feelings, or behavior is “small” when aggregated across studies. They disagree about how important these effects are.” Some might argue that the odds of an increase in youth aggression is important enough to be a threat, while others counter argue that.

Another thing to think of is the amount of people who play video games. According to an article on NBC News titles “Here’s what we know about the links between videogames and violence”, “Forty-nine percent of American adults play video games on a computer, TV, console or portable device (like an iPhone), according to a 2015 survey from the Pew Research Center. And another 10 percent consider themselves to be “gamers.” To say that video games definitely increase violence would be like saying that half of the US population is violent or dangerous. That can not be the case. Again, we must look at other factors in people’s lives to determine whether playing video games could lead to other aggressive, or maybe even violent, behaviors.

In conclusion, I believe that the question we should be asking ourselves isn’t “do violent video games cause violence?”, but instead “do violent video games contribute to youth violence?” and “how significant are their contributions?” I have yet to find an article that provides proof that violent video games directly cause anyone who plays them to act violently or commit crimes. However, there is proof that they may change the way someone approaches a situation, the way someone thinks, and sometimes change small things in their behavior. These can be contributors to one’s acts of violence, but these factors are usually also paired with other distressing aspects in a person’s life, such as domestic abuse or parents’ neglect. The most important thing to think about is how much of a risk violent video games can be when coupled with these other real world problems.