What does being an American mean?

Home 2018 October 8 What does being an American mean? 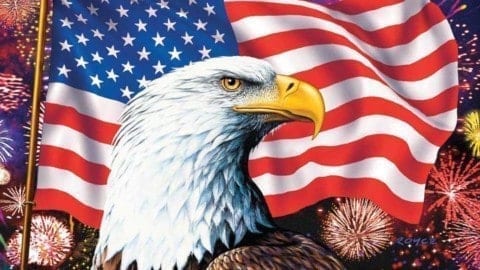 What does it mean to be an American? What is our american Creed? Ask different people these questions, get different answers. I believe that being an american should be about two words, liberty and equality. To show this, I will link all of my main claims to the Declaration of Independence, one of our defining documents.

“We hold these truths to be self evident, that all men are created equal” (US 1776). This is a very powerful line from the declaration of independence, and one of my favorites. It shows that equality and equal opportunity is one of the values america was founded on. Now although it is true that we haven’t always lived up to this value, Americans throughout history have pursued it and guided society to make it a more equal nation. This brings us into the american dream, The belief that in america, no matter who you are, where you’re from, you can make it in america if you work hard. This is equal opportunity. There are so many stories of people like Andrew Carnegie who came from seemingly nothing and became extremely successful. Now a lot of people would disagree with this, but I think it is more true in america than any other country.

“They are endowed by their Creator with certain unalienable Rights, that among these are Life, Liberty and the pursuit of Happiness” (US 1776). America was founded with the idea that everyone is born with inalienable rights. These rights are not given to us by the government, rather we just naturally have them. Many of these are liberties. There is a reason that we are guaranteed these liberties. America was born out of an oppressive government, people wanted to make sure government didn’t violate these rights. That’s why they wrote the Bill of Rights, to protect the people from government.

Americans have embraced this concept of freedom. I’m sure you’ve heard someone say “it’s a free country” at some point. Throughout american pop culture you’ll see it everywhere, if you look close enough. Songs such as Rockin’ in the Free World by Neil Young, are examples of how people have excepted freedom as part of america.

If you look at the constitution, you see a document seemingly paranoid of government. The idea that government had rules and worked for the people was relatively new at the time and it had everything to do with individual rights. These were also a very new thing to the world. These values are baked into the very fabric of our nation, a nation born out of freedom.