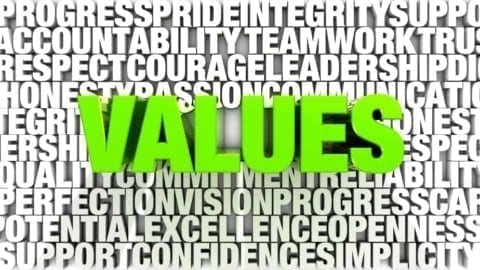 The certain values and beliefs that all Americans live their life by are not set in stone. For some people, the only value to them is success, or materialistic wealth. For others, it’s equality and liberty. Nobody is exactly alike, especially when it comes to beliefs and goals. It all depends on how you were raised, and how your culture shaped you. “Culture encompasses what we believe is right or wrong, how we sit at the table, how we greet visitors, how we behave with loved ones, and a million other things,” (De Rossi) But there are some values that are significant to pretty much all of America, which I believe are independence, equality, and determination.

Independence is something that America has that not all other countries get to have, which is why we pride ourselves on our privilege to be able to be our own person with our own dreams and goals. In some other countries, there isn’t a sense of doing your own work. “This is different than in many other cultures which are more collective. According to Refugee Center Online, “Collective cultures tend to see accomplishments as a reflection of an entire family or community”. (“What are American Values?”)  We are able to take care of ourselves and live our life how we want to, thanks to the individualism that the Constitution grants us. And when we do achieve those goals we made for ourselves, we feel even more accomplishment because that achievement was thanks to our own hard work.

Equality is another big value that people in America cherish. Nobody wants to be excluded from certain opportunities due to race, religion, gender, or anything else that people can’t help. Everyone wants to be treated with the same respect that you’d like to get. In the second paragraph of the Declaration of Independence, written by Thomas Jefferson, there is a famous quote. “All men are created equal.”This quote is something that is heavily discussed in America because we haven’t fully achieved the whole aspect of equality. We are definitely making huge progress, but there’s still racial issues and gender stereotypes that bring others down running strong in America.

All in all, most values/beliefs that Americans follow are based around morals and common decency, and being inclusive for people of all attributes. This is one of the biggest reasons America is so diverse. “ …the United States is one of the most culturally diverse countries in the world.”(Zimmerman,1) And the diversity of US citizens and their different aspirations in life is what makes America, well, America.