Should Bottled Water Be Banned? 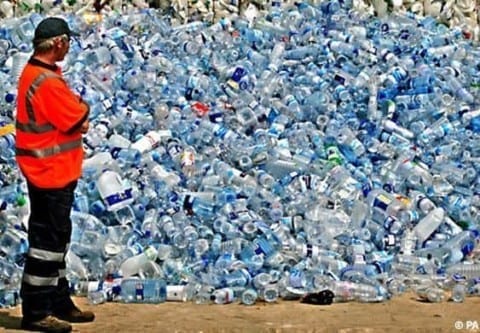 Earlier this year, around March, I became really focused on saving the environment. It had never really occurred to me how much plastic really destroys the planet until I started to do research on it. At first, I didn’t think only one person could do something about it. But after a while, I realized not using one straw or one plastic bottle could save a sea animal’s life, or just help the environment bit by bit.

In San Fransisco, a new ban on plastic bottles was engaged. However, officials only allowed it to be on city property. Therefore, private owners could do what they wanted. I really like that San Francisco is trying to do something about how many plastic bottles are used.  I am really against plastic bottles and have been trying to reduce my plastic waste by using reusable bottles and metal straws. So reading this article really put my faith into a less plastic using future.

There are many main reasons why we should ban the use of plastic bottles . A lot of facts were very surprising, but, in the long run, really make sense. It really surprised me how many plastic bottles were used per year compared to how many of those are recycled. Americans alone used 50 billion bottles in 2006, but only recycled 38 billion. That’s only 23 percent! Not only is it destroying the planet, but it’s not helping our wallets either. Instead of just using tap water, which would be roughly $0.49 a year for eight glasses of water a day, we are spending  $1,400 a year. There are so many cheaper and safer options for the environment. It makes me upset to see humans trashing the world like they are. We’re supposed to take care of the Earth, so why aren’t we?