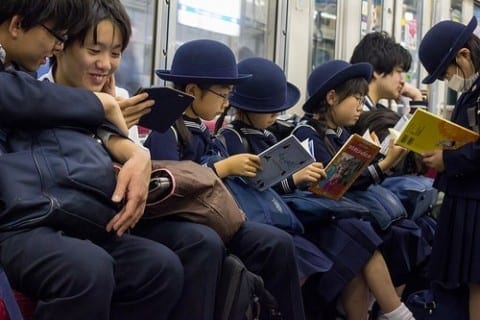 Do you think that uniforms should be required for schools?( easier, helpful, respectable, healthy, unhealthy?

Do you think uniforms will cause problems?(bullying, freedom of choice, skipping school, undisciplined)

Would females be given different rules of dressing related to the uniforms?( skirts, pullovers, skinny pants, shorter shorts, smaller shirts)

Can shoes be whatever style?(tennis, sandals, skate, heels, house shoes)

Do you think a typical parent would like uniforms?(money, less problems, disciplinary, respectful, debatable)

According to ProCon, uniforms will decrease the rate of bullying. It will also make students feel accepted. Also this will prevent problems with gangs. According to https://school-uniforms.procon.org/ , students are often bullied based on appearance.

I read two articles, both articles were about uniforms, but they were different from each other. One of the articles was talking about why uniforms would be good for schools. The other article was obviously different which didn’t agree with the whole uniform idea. Do you think that schools should require uniforms? The first article thought that uniforms would reduce the rate of bullying. The second article thought that some families may not afford uniforms because the prices may be too high. There was a lot of problems behind these two articles.

Photo by Ray in Manila