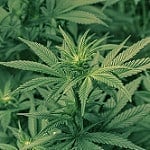 With the vote coming up to legalize medical marijuana, we can assume that Utah’s regulations on medical marijuana will reflect those already made by states which have previously legalized the possession, cultivation, and use of medical marijuana. Because Utah is a more conservative state, it can be predicted that we will mostly follow the example of states that have tighter restrictions like Montana, where people can only possess “1 ounce of usable Marijuana” as seen in “Medical Marijuana Laws by State.”  However, the legalization of medical marijuana brings up a lot of concerns and questions.