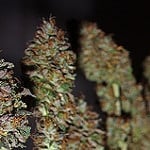 Medical Marijuana bills have passed in 31 states and D.C., and recreational Marijuana bills have passed in 9. This is a large shift in legalization, as since the beginning of the war on drugs (thanks to Nixon), has been widely enforced since. There has always been some support for decriminalization, even from within Nixon’s cabinet. Also, 64% of all people in the U.S. support recreational marijuana use. 61% of all Americans support legalizing recreational marijuana according to the pew research center. Again, this is a huge shift in public belief for something that is still in effect at the federal level.

I feel as though this is telling of comments by Nixon’s staff becoming more famous, such as John Ehrlichman: “You want to know what this was really all about. The Nixon campaign in 1968, and the Nixon White House after that, had two enemies: the antiwar left and black people. You understand what I’m saying. We knew we couldn’t make it illegal to be either against the war or black, but by getting the public to associate the hippies with marijuana and blacks with heroin, and then criminalizing both heavily, we could disrupt those communities. We could arrest their leaders, raid their homes, break up their meetings, and vilify them night after night on the evening news. Did we know we were lying about the drugs? Of course we did.” (according to A Brief History of the War on Drugs.) This shows that marijuana wasn’t made illegal because it is bad in its own right, it was made illegal to attack certain communities legitimacy.

Another quote from A Brief History on the War on Drugs tells us of even more information: “In 1972, the commission unanimously recommended decriminalizing the possession and distribution of marijuana for personal use. Nixon ignored the report and rejected its recommendations.” This shows that decriminalization has been recommended and ignored in terms of marijuana use for as long as the topic has been in the limelight. Another interesting new development, at least to me, is medical marijuana cards. These cards legalize personal use while ignoring the laws at a federal level. I think that this is the most interesting part of this whole issue, as it shows how marijuana is in such a weird place in terms of legalization and jurisdiction. 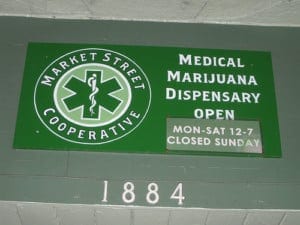