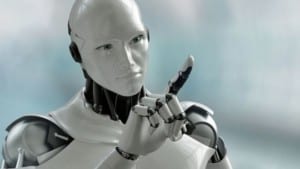 Technology has advanced very rapidly over the years. To some, the idea of technology is scary, however others find it exciting and innovating. Robots and computers will only benefit the human race as it has been doing so far. AI and anything to do with technology have contributed positive results to humanity. Humans are afraid of a modern society because it contains change which sometimes can be frightening. The idea we fail to recognize however is that we have constructed technology to an extent that we now depend on it. Which therefore makes it impossible to remove it. My opinion is that we should learn to live with it and like everything else, we should continue to reinforce and polish it. Not only to the characteristics that would assist humans but also the environment and Earth.

The idea or prediction that robots will take over in the future is unrealistic. Like I mentioned before, humans are afraid of change which leads them to come up with negative outcomes that robots or AI may have on humanity. As seen in the packet, the article, “Are Humans Necessary?” by Margaret Atwood, it talks about how people are worried that robots will rebel and enslave humans. However it also hits the subject of Nanorobots that are able to do noninvasive surgery that can save many lives. Human surgeons are prone to make mistake which can lead in the fatality of patients, however robots are less likely make mistakes since they are programmed to have one job which they can do very well. Consequently leading to robots saving lives of many patients. This shows how robots save humanity instead of hurting it like the presumed idea. Another article that was interesting and also showed a helpful way robots are used was “The Real Cyborgs”, by Arthur House. This article shared different stories of humans that have implemented technology into their bodies and brains to alter them. A story from the article arose from a man named Rob Spence who lost an eye in a shotgun accident and replaced it with a video camera that broadcasts live on his computer. Many people may look at this idea as a exaggerated or negative however I think it’s cool and it’s also not hurting anyone so it shouldn’t be a problem.

Overall, I highly doubt robots have to ability to take over and enslave humanity. Nevertheless, they have contributed to the advancement of humanity and will continue to do so. Through robots that will become the new doctors and many other things they are able to achieve, humans will be taken care of. Difficult tasks such as surgeries will be in hands of robots who don’t contain the same amount of malicious or anxious feelings as humans. Also, technology that helps alter human abilities won’t have a negative effect on others and will resemble those from superheroes. AI and robots will impact humans in a positive manner and will lead us to an improved future.