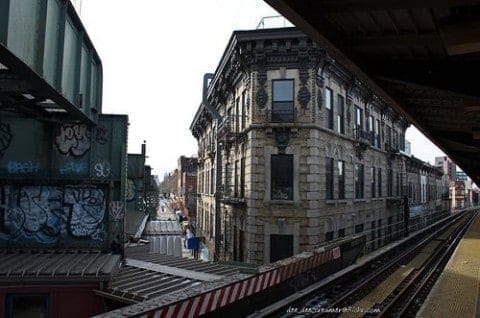 I am Alejandro Rose. What’s important to know about me is that I was the first generation in my family to be born in the U.S. I was born in Brooklyn, NY, August 11, 2002. I have been living in the area in Brooklyn. I like to play basketball both in and out of school. This is a physical activity I enjoy doing. I’m pretty good at writing and speaking about topics, but if I’m new to a group or class, it’ll take time for me to adjust. I got this way because my grandmother and mom both wanted me to be intelligent in the English language because I was the first of my family to be born here. My plans for the future is to get a masters degree in engineering and getting a job for this major that pays well because I like to repair and build things.

Immigration impacted me in both a positive and negative way. I always wanted to know how the Panamanian lifestyle was, but at the same time I’m glad to be born in an urban society and can inhale all ethnic culture all in one state. I didn’t immigrate, but my family did. My family structure changed both in a positive and negative way. It was easy to get an apartment because we had money, but all things come to an end and most of my grandmother’s children had to get a job. It took time to get a job for the older kids, but at the end, they were all able to earn an income and help pay their mother’s rent. I feel happy that I’m bilingual but at the same time embarrassed because I don’t speak Spanish fluently, even though I grew up in a Spanish speaking household and understand it well.

Justice is fair treatment and injustice is the opposite. One injustice I experienced was when my mom got beat up by the police while pregnant and that resulted in my younger brother having speech problems. That has made me anxious about speaking to police and other authorities. I don’t remember what actually happened because I was young but my mother told me that she was beaten with my younger brother in her stomach. I do remember seeing the cops and my mother on the ground though and I am sure that has contributed to why I am anxious when I see police.

First Generation Born In America by Alejandro is licensed under a Creative Commons Attribution-ShareAlike 4.0 International License.