Home 2018 May 25 Black Success in Weeksville: Incline or Decline? 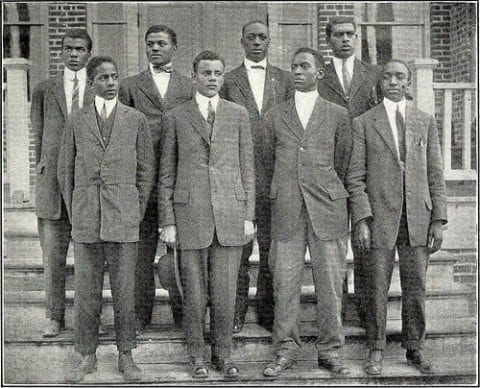 Recently in Current Events, we´ve been studying Weeksville. At first I thought about the project buildings wondering why we learning about old project buildings. When I read Weeksville Tours, I started to think why is this so significant to my teacher? After watching clips it made me want to learn more about it. I know that many people feel that this isn’t important, not knowing the difference between the center and the projects. After doing this study, I think this topic is serious and it helps the youth know how this came about.  For example, I read that James Weeks created this community where colored people were in charge of everything from business to property.

One thing that I know for sure about Weeksville is that even though colored people were restricted from a lot, they fought and was rewarded with Weeksville. Prospering through the odds. Now I’ve studied my share of US history and personally, it’s really interesting to me how I don’t learn enough about colored achievements. How I know mainly about slavery, civil rights and other actions taken by colored people. I don’t hear enough about the good. Hearing about Weeksville gave me more information that I can share with others.

I did some research on Weeksville. This one article, “The Inspiring Story of Weeksville, One of America’s First Free Black Communities,” provided a lot of information and opinions on James Week. Some felt like he was a strong successful individual. Others felt he couldn’t have done this all by himself. ¨Weeksville had become a successful community of more than 500 people, boasting more opportunity for homeownership, employment and success for its black residents than any other part of Brooklyn, and well beyond.¨ This statement didn’t really surprise me all that much, but it did make me feel relieved. Only because it really shows that we can surpass anything we put our mind to. Although it was successful, the original was destroyed, a cemetery was removed for the now Eastern Parkway, houses were destroyed. Little is left of the original.

In another source that I looked at, on Blackpast.org, “Weeksville, New York (1838– ),“ there was this one statement that made me shake my head in disagreement with the writer. It was: “Even though the community existed until the 1930s, it was overtaken by the growth of Brooklyn and almost forgotten amidst urban renewal plans of the 1950s when many of its old buildings were replaced by newer structures.” This is untrue because Brooklyn didn’t mess up the structures entirely. There are still original buildings left. Things were removed yes, but not everything.

All this makes me think that everyone wants a negative response to colored people being successful. In history, many hated this. I feel like that’s why it declined now, many didn’t want to see its uprising.